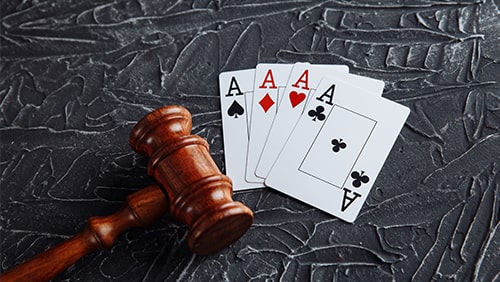 Cambodia’s National Assembly just approved, among others, new laws for the gaming industry this week, looking to provide better consumer protection and bring the country more in line with policies established by the Financial Action Task Force (FATF). Everything from casino investments in money-laundering controls will be put into place once the laws are approved by Cambodia’s King Norodom Sihamoni, and the overwhelming support for the measures, 114 of a possible 117 votes, seems to indicate there won’t be any difficulty getting the final signature. However, according to one U.S. political expert, the new laws most likely won’t have the desired impact and he likens them to essentially nothing more than putting “lipstick on a pig.”

The new gaming legislation, which spans 12 chapters and includes 97 different articles, were drafted to enhance Cambodian tourism, which will lead to the creation of new jobs and spur the economy. It addresses new casino investments, improved monitoring of the gaming market, the creation of gambling zones and anti-money-laundering and terrorism financing measures. However, California Occidental College professor of diplomacy and world affairs Sophal Ear thinks the measures could miss their target. He told Casino.org, “On the surface, it sounds great, it’s all very much needed, and I’m sure it has a lot to do with Cambodia being on the grey list of the [FATF] on money laundering.”

Ear explains that Cambodia’s casino industry grew too large before the implementation of gaming laws, adding that it wasn’t until after 193 licensed casinos were active in the country before the new legislation was created. However, a similar, although slightly different, scenario had played out in Nevada before the gambling capital of the U.S. developed its own casino laws and oversight. This isn’t too different than what has been seen in many industries, where the activity gets off the ground before ultimately being regulated.

In Nevada, gaming has been around since the mid-1800s, and attempts to regulate the space consistently failed. Legislature to ban games of chance was introduced in 1861, but was essentially ignored entirely. It wasn’t until 1931 that gambling finally saw organized legislative oversight, and it would take another 20 years for the Nevada Gaming Control Board to be created.

Still, Ear points to Singapore, which established its regulations for the gambling industry before any casinos were opened, as an example of how to introduce regulatory oversight for an activity. He adds, “Clearly, something had to be done to bring Cambodia — at least from a regulatory standpoint — into compliance. But, as with everything in Cambodia, the devil is in the details and Cambodia has no compunction about passing a law and totally ignoring it when convenient. Will the authorities put lipstick on this pig? Of course, they will. They created it; they more than likely [allegedly] secretly own equity in exchange for regulatory protection, so they’d want their baby to live.”

Just like is seen across the globe with virtually any commercial activity, governments don’t always respond rapidly when it comes to introducing legislation. However, Cambodia knows what’s at stake and is actively cleaning up its gaming image to be a stronger player on the international stage. It might take a little time, but even the U.S. is still constantly trying to figure out how to regulate its various interests.