Part of a continuing weekly series on local history by local historian David Reamer. Have a question about Anchorage history or an idea for a future article? Go to the form at the bottom of this story.

There have been at least four privately owned lions in Anchorage history, and since there have been at least four, it is impossible to absolutely state there have not been more. Once a certain far north population has proven capable of importing four lions, it is within the realm of possibility that some other mad Alaskan hid a lion inside a basement, Quonset hut, or some other hidey-hole. In related history, there have also been multiple lion-related lawsuits in Anchorage.

The first privately owned lion in Anchorage was a lioness named Gil. For a couple of years in the late 1950s, Army Staff Sergeant Glenn Diel and his wife kept Gil chained in their backyard off Lake Otis Parkway and just south of Tudor Road. Gil was a well-known feature of the area; the Diels even took her on walks. When one woman approached too closely, the playful Gil pounced, ripped her coat and broke the skin on her shoulder. The woman required no medical attention and told the Anchorage Daily Times, “It was my fault.”

If the intervening 60-plus years make this sound charming, rest assured the neighbors were not amused. There had been arguments and petitions, but a breaking point came on June 30, 1957. Four-year-old Gail Meyers walked into the Diels’ backyard, hoping to pet the 18-month-old giant cat. Gil knocked Gail down and left claw marks on the child’s back.

The Meyers sued the Diels for $5,059: $59 in actual damages plus $5,000 for pain and suffering. At the same time, a group of around 60 neighbors filed for a court injunction to remove Gil from the neighborhood. In October 1957, Judge J.L. McCarrey awarded the Meyers only their actual damages of $59, around $550 in 2020 dollars. As for the injunction request, Judge McCarry ruled that the Diels could keep Gil at their home so long as the lioness was caged within an “eight-foot high enclosure topped with wire netting.”

It is unknown whether the Diels ever constructed that cage. Gil died only a few months later, in early 1958, from a longstanding liver ailment. She was buried in the backyard of Spenard pet shop owner Fred Bustrin.

From 1954 through 1967, there was a children’s amusement park called Kiddieland on Fireweed Lane, right off Seward Highway. Those locals with long memories might recall the rideable miniature train. In October 1967, a fire destroyed most of the complex, including the Ferris wheel, bumper cars and carousel.

Before the fire, the attractions also included a lioness, Cleo. On Aug. 19, 1967, 12-year-old Elizabeth Lee reached through the bars of Cleo’s cage. The lioness clamped onto Lee’s arm and refused to let go, even when struck in the head with a pipe. A nearby Alaska State Trooper shot Cleo in the head, killing her on the spot. Lee’s family subsequently sued and were awarded $15,000, about $112,000 in 2020, from the amusement park operators.

The most famous lions in Anchorage history are also its most recently surviving. The Brown brothers, George and Leon, first arrived in Anchorage in the early 1950s. George and his wife, Peg, opened the Lucky Wishbone, the venerable restaurant still standing on East Fifth Avenue. Leon opened Anchorage’s first drive-in restaurant, the Mountain View A&W. And for more than 20 years, locals visited the stand for its hamburgers, fries and two lions.

The lioness Princess was brought north in the late 1950s by a man hoping to make a fortune with her as an attraction for hire. After that gambit failed, he used Princess to pay off a debt to Leon Brown.

The second, younger lion was a male named Timbo, aka Tim. In 1964, a Texan drove north with Timbo “for company.” It was a different time. The Texan soon discovered that his Anchorage friends and relatives were unwilling to accept a large cat houseguest. So, he sold the 2-month-old cub to Brown.

That year, Brown ordered a custom, 40-foot-long, 8-foot-wide trailer, which was placed between the A&W and his neighboring electrical supply business on Mountain View Drive. “Bring the kiddies to see Timbo and Princess — two real live lions — while you shop,” said the advertisements.

There were occasional complaints of animal cruelty. As one lady put it, the lions’ “only purpose is to appease a lunch-hour crowd in front of a Mountain View hamburger stand.” However, the Alaska Humane Society investigated and found that Brown treated his lions admirably. Brown’s lions were, in the investigator’s words, “taken care of far better than the zoo could do it.” A federal veterinarian visited twice a year so Brown could maintain a license to keep the lions.

Former Wisconsin farmer Art Foster managed the lions’ day-to-day care for most of their time in Alaska. His only previous animal experience was “a lot of ornery livestock.” But he grew to love the lions. Princess, who had struggled to acclimate to Alaska, especially prospered under Foster’s care. She was the calm one, while Timbo was more excitable. Said Foster of Timbo, “We had a working agreement that I wouldn’t bite him if he wouldn’t bite me and that seemed to work out.”

Foster had an occasionally wicked sense of humor. While Timbo was more of a homebody, Princess loved rides. At least once a week, Foster loaded Princess into a specially rigged station wagon, which had the expected effect on passersby. On one of these excursions, he offered a lift to two hitchhikers. One opened a door, saw the lion, and, per Foster, “jumped over a snowbank and went across the swamp like an outboard motor.” Another time, Foster gave Timbo an old pair of pants to chew on. A young boy spotted the big cat tearing at the pants and exclaimed to his mother, “He got one, he got one.”

It took a few months for Princess to accept Timbo’s presence, and over a decade before she accepted him as a mate. Pregnant at the advanced-for-lions age of 23, she died in 1978 from a combination of pregnancy, age and stomach issues. Timbo died of cancer in 1982 at the age of 18.

The literal lions of Mountain View offer something of a cultural dividing line. For older residents, the lions were one of many symbols of a wilder city. In their time, everyone knew about the lions. Newer residents are far more likely to be shocked, even concerned about the presence of lions in their neighborhoods.

[Because of a high volume of comments requiring moderation, we are temporarily disabling comments on many of our articles so editors can focus on the coronavirus crisis and other coverage. We invite you to write a letter to the editor or reach out directly if you’d like to communicate with us about a particular article. Thanks.] 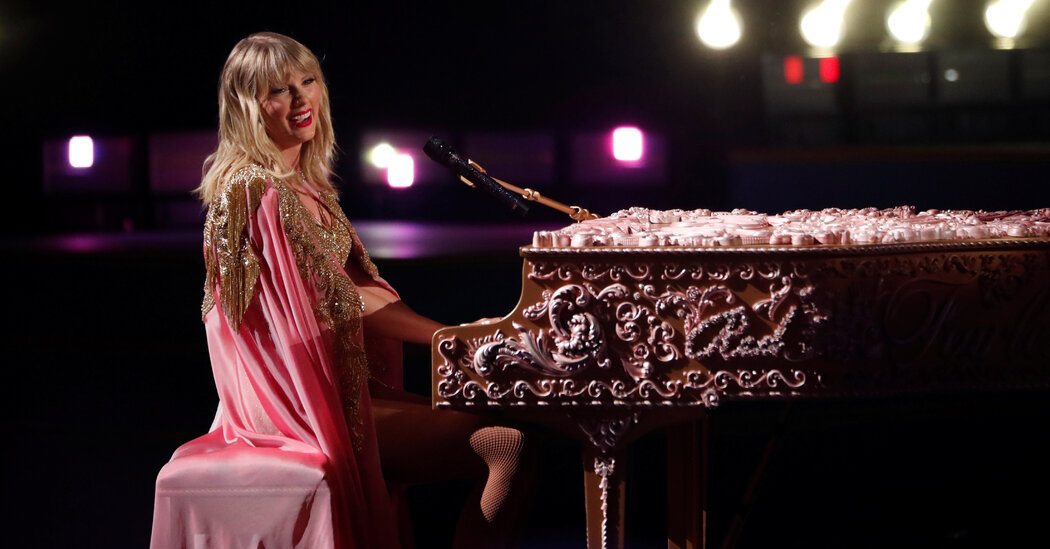 Taylor Swift’s ‘Folklore’ Returns to No. 1 for a Seventh Week 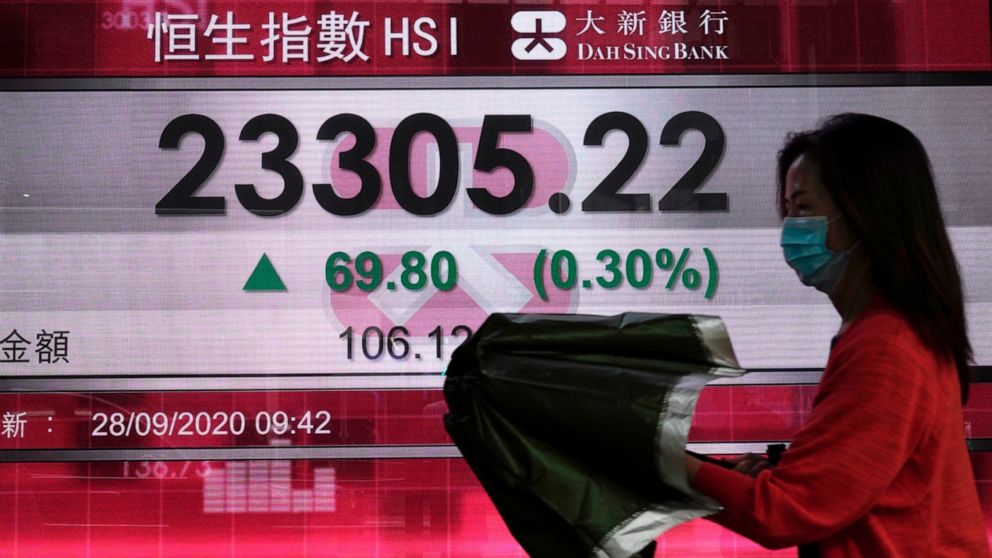 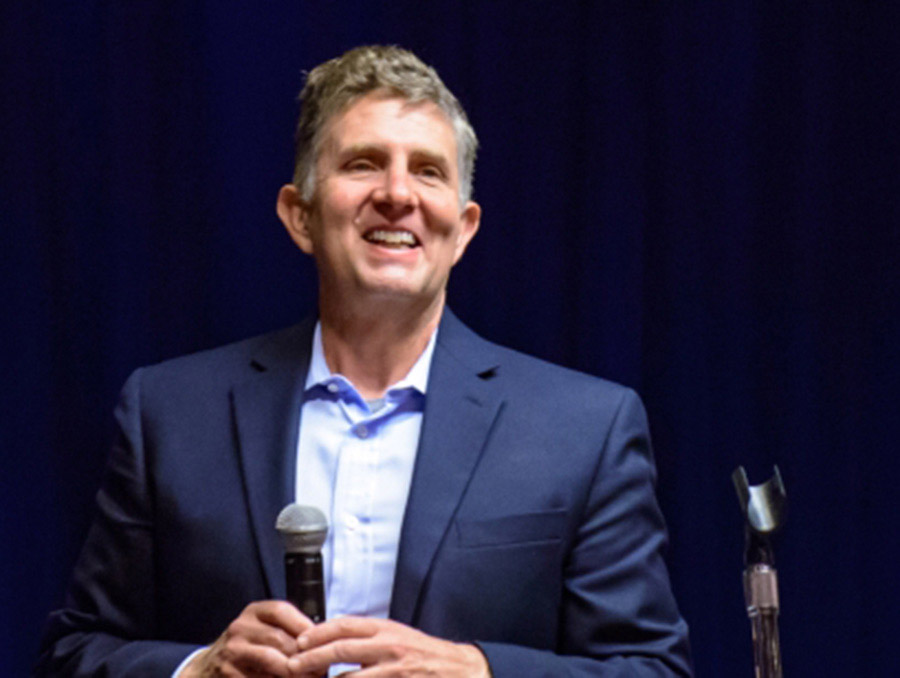