“Why me?” asked Garcia, 65, who makes between $10 and $11 an hour helping set up equipment for mask-wearing colleagues as they crack shells with tiny knives and pile the meat into plastic containers. “I didn’t ask to get sick.”

There were outbreaks — defined as five or more cases in a two-week period — at two plants, said Grove, who declined to identify the facilities.

No one died, and one person was treated in a hospital, she said.

But advocates for migrant workers remain concerned about the safety of the laborers, mostly women, who typically stay in Maryland until November.

In most summers, there are as many as 500 in Dorchester, many clustered on a remote string of three islands collectively known as Hoopers.

Only 180 came this summer because of a combination of caps on the H-2B visas they use and virus-related restrictions. But dozens more are expected to arrive in October for the fall season.

The women work and live together.

“I very clearly remember telling my team it’s just a matter of time when we hear of these outbreaks happening,” said Sulma Guzman, policy director and legislative counsel of Centro de los Derechos del Migrante, a migrant rights organization with offices in Baltimore and Mexico.

“Workers continue to go to work because of economic necessity,” Guzman said. “Their employment — their visa — is tied to their employer. There is this fear that if they begin to feel [coronavirus] symptoms, they will jeopardize their job.”

Around the country, there have been coronavirus outbreaks at meatpacking and poultry processing plants. Maryland health officials reported in June that the virus killed five workers from two Eastern Shore poultry plants and infected more than 200 other employees.

As crab season began in April, plants said they were taking unprecedented steps to reduce risk, including cutting the size of shift crews to maximize spacing and monitoring workers’ temperatures. The crab pickers already were wearing masks.

“I have every reason to believe things are under control,” said Jack Brooks, president of the Chesapeake Bay Seafood Industries Association.

Grove, the health department spokeswoman, said Saturday that there “haven’t been any more issues among the crab pickers.”

She said the department conducted home visits to monitor workers’ symptoms, “provided cleaning supplies and thermometers, and paid for culturally appropriate food deliveries while employees were in quarantine.”

Many workers live in air-conditioned houses with bunk beds near the processing plants. Brooks said plants that reported coronavirus cases had “set aside living quarters for potential quarantining.”

Interviewed in Spanish, Garcia said she doesn’t know how she contracted the virus.

She said that when she got sick, she was moved immediately to another house to quarantine with other ill workers. Garcia and her colleagues drank tea, took Tylenol and kept each other company. After 10 days, she went to a church in Dorchester County and got tested again, this time coming up negative.

Culturally and geographically isolated, the workers are a tightknit group. That made it difficult, Garcia said, to return to work and notice that a co-worker refused to touch anything she came in contact with.

“I never had strong symptoms from the virus or felt discomfort at all. But the rejection I was getting from some of my peers . . . that’s what hurt the most,” Garcia said.

Her boss, sales manager Aubrey Vincent of Lindy’s Seafood, said Garcia should not fear for her job. Vincent said she gave Garcia her normal hourly pay while she was isolating.

“This is happening to everybody,” Vincent said. “There is no one not affected by this.”

She said there have been a handful of cases among her company’s 60 H-2B workers, but no one has been seriously ill.

Uninsured patients, including H-2B workers, are eligible for free virus testing and treatment under the Cares Act that Congress approved in March. In such cases, health-care providers are eligible for reimbursement from the federal government for those costs.

Vincent said she reduced the number of people working together from 30 to groups of 20 to 25 to allow more spacing. She said she maintains a separate “quarantine shift” for workers who did not test positive but lived in a house with others who did.

“I’ve got some older employees, and I don’t know how I’d feel if something were to happen to somebody,” Vincent said.

Older adults and people with underlying medical conditions are at higher risk than others for developing serious complications from covid-19, the disease the virus causes.

Dorchester County reported 461 confirmed cases as of Monday, according to the state health department, and six related deaths.

Demand for the H-2B program is so high that members of Congress often complain there aren’t enough workers for jobs in landscaping, food processing and other industries. In recent years, the Eastern Shore plants have pleaded with the Trump administration to make more visas available because they say they can’t secure enough workers to keep up with the volume of crabs.

Uncertainty for immigrants as visa extensions fail to materialise | 1 NEWS 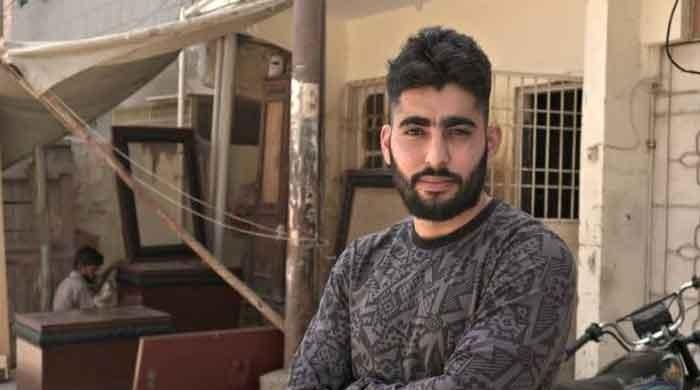