As voters in the United States prepare for the presidential election in November, the South China Morning Post is exploring the potential ramifications for China. The sixth part of the series looks at the debate in Washington over its long-standing policy on Taiwan.

Growing calls for a potentially explosive shift in US policy on Taiwan to an explicit commitment to defend the self-ruled island from Chinese attack are threatening to further undermine the already dismal ties between Washington and Beijing.

For decades, Washington has remained studiously vague on exactly what it would do if cross-strait tensions “went kinetic”, given long-standing threats by Beijing to reassert control over the island, by force if necessary.

Get the latest insights and analysis from our Global Impact newsletter on the big stories originating in China.

But shifting power politics are leading some to conclude that a reboot in the US policy known as “strategic ambiguity” is needed. The renewed debate has surfaced before, only to disappear – most notably during the 1995-96 Taiwan Strait Crisis when Beijing landed missiles near the island – and comes amid a hotly contested presidential campaign that could affect any decision.

Among those believed to support a more explicit US stance are White House deputy national security adviser Matthew Pottinger, Secretary of State Mike Pompeo, parts of the Pentagon and many in Congress.

Those viewed as supporting the status quo include officials focused on the US-China economic relationship, namely US Trade Representative Robert Lighthizer and Treasury Secretary Steven Mnuchin. President Donald Trump has not weighed in with his views.

“Taiwan has continued to succeed in ways that compel us to want to maintain a good relationship, if not to strengthen it,” said Randall Schriver, Project 2049 Institute chairman and former assistant secretary of defence, who helped draft the administration’s Indo-Pacific strategy. “Given their ability to contain Covid-19, and the increased threats from China, it’s persuaded a lot of people.”

Any move towards more unambiguous statements of military support for Taipei would be a direct challenge to Beijing and President Xi Jinping, who views Taiwan’s integration as a way to cement his legacy, analysts said. Xi has repeatedly said political differences across the Taiwan Strait “should not be passed down generation after generation”.

But the same analysts added that any such shift in US policy would be less likely under a Joe Biden administration than under a Trump second term.

“That’s Trump’s inclination, to do more with Taiwan and assume more risk, in part to be tough with China,” said Evan Medeiros, a Georgetown University professor and former National Security Council director for China and Taiwan. “The question is, does clarifying the nature of the US commitment to Taiwan stabilise the situation or destabilise it.”

The complex relations between Washington, Taipei and Beijing are anchored in agreements going back decades. These include the Taiwan Relations Act of 1979 – which Biden voted for in the Senate – and the Three Communiques signed by Beijing and Washington between 1972 and 1982, as well as the Six Assurances formalised in 1982 between the US and Taiwan.

These essentially state that Washington recognises a single China but will come to Taiwan’s defence – without spelling out what that means – and will not pressure Taiwan to settle with Beijing, a policy short-handed as “strategic ambiguity”.

But in recent weeks more voices have been arguing that the policy is outdated and should be replaced by “strategic clarity” given China’s increasingly aggressive stance, seen in its expansion into the contested South China Sea, deadly clashes with India along their shared border and tightening grip over Hong Kong, Xinjiang and Tibet.

These include 16 Republican US House representatives, who co-sponsored a bill introduced in late June to make Washington’s defence commitments to Taiwan unambiguous, a Wall Street Journal editorial urging both presidential candidates to take a stand, and articles by Richard Haass, head of the Council on Foreign Relations, and conservative columnist George Will.

“This is a serious debate,” said Shirley Kan, an independent analyst formerly with the Congressional Research Service. “But because we’re in a presidential campaign, it could also be tied to politics.”

Strategic clarity advocates say China must be checked while it is still possible, given its rapid military build-up, citing China’s 900 per cent military spending increase between 1990 and 2017 and rapid economic growth.

They add that China’s crackdown on Hong Kong shows Beijing is happy to ignore international opprobrium on issues it views as existential. Clarity over the long run would bolster deterrence and reduce the risk of war, they say.

“Waiting for China to make a move on Taiwan before deciding whether to intervene is a recipe for disaster,” Haass and co-author David Sacks wrote in an article for Foreign Affairs. “Ambiguity is now unlikely to preserve the status quo.”

In an apparent careful nudge towards “clarity”, Assistant Secretary of State David Stilwell said late last month that the US needed to “adjust” but not fundamentally shift its policy on Taiwan, given rising Chinese aggression. But he also reaffirmed US support for the one-China policy. “We must act to restore the balance,” he said.

The Chinese embassy in Washington did not respond to a request for comment.

Ambiguity adherents argue that the very lack of clarity has prevented war in this major East Asia flashpoint for 40 years despite numerous provocations by both sides. They add that Beijing could easily view such a publicly announced shift as provocative, back Xi into a corner and draw the three governments into the very conflict it seeks to avoid.

“It’s a worrisome situation because tension between the US and China is so high,” said Bonnie Glaser, director of the China Power Project at the Centre for Strategic and International Studies. “Chinese increasingly believe that US actions on Taiwan suggest we’ve abandoned the one-China policy and are only paying lip service to it. That’s dangerous.”

Analysts add that while Taiwan’s President Tsai Ing-wen has handled cross-strait relations quite gingerly, a US declaration of unequivocal support could encourage adventurism in future Taiwan leaders; that the Pentagon needs to ensure it can back up any such commitment; and that the threat of imminent attack appears overplayed by some in Congress or the military seeking expanded budgets.

James Nolt, an adjunct professor at New York University, said that China’s navy may have more ships than the US, but its overall technology and anti-ship missiles are behind the Soviet Union’s in the 1980s, while its H-6N bomber is a copy of a first-generation Soviet bomber withdrawn in 1993. “The Pentagon tends to exaggerate Chinese military power because it’s the only plausible adversary left since the demise of the Soviet Union that gives them a reason to build a big navy and air force.”

“There is some evidence that Xi Jinping is impatient to achieve progress on cross-strait issues,” echoed Glaser. “But I fail to see signs that Xi sees this as urgent, that he’s willing to put other interests at risk in a war with the United States, including maintaining good relations with neighbours, promoting China as a responsible global power, and China’s economic development.”

Taiwan is aware that its rising star in Washington could help it carve out more international space and blunt Chinese aggression.

Under the Trump administration, Taipei has hosted its most senior US cabinet member since 1979, signed seven major arms deals worth US$13.3 billion, seen Tsai enjoy a 12-day “stopover” in the US and had its spirits bolstered by new supportive US laws and partnership agreements.

But Taipei is also aware that the tone could change under a Biden administration, or Trump’s shifting whims, and that few things in Washington come without a price tag.

This awareness has seen Taiwan try and shore up weaker parts of the relationship with pledges to reduce its ballooning trade surplus, build a US$12 billion chip factory in Arizona and strengthen its supply chain, 5G capabilities and defence posture in line with US policies.

“I don’t like tanks,” said a senior congressional staffer, referring to Taipei’s decision to buy 108 Abrams “The Beast” tanks in 2019 valued at US$2.2 billion, which some saw more as a sop to the Taiwanese army than sound defence planning. “This isn’t just a vanity project, this is money for the army that could be spent preserving American lives in the event of a conflict. It makes me so angry.”

And, in a seemingly small but significant concession last month, Tsai agreed to end a 15-year impasse over US beef and pork imports involving safety issues, setting the stage for a possible bilateral free trade agreement. Farm issues are vital for Midwestern, largely Republican, members of Congress.

“I’ve sat in on many US-Taiwan meetings and whether you’re talking about F-16 purchases or high-level visits, every time, the first thing out of people’s mouth is pork and beef. I know Tsai gets tired of that,” said Rupert Hammond-Chambers, president of the US-Taiwan Business Council.

“What you got from the State Department was greater clarity on US intentions that Monday after Tsai made the call on pork and beef on Friday.”

Schriver sees a way forward on US policy with a nod to the past, in a formula cited in 1996 testimony to Congress by then-State Department official Kurt Campbell and now chairman of the Asia Group consultancy: strategic clarity and tactical ambiguity.

According to Schriver, it is increasingly important that the US signals its support for Taiwan’s 24 million people and the example they set as a vibrant Chinese democracy at a time when the Xi administration is adopting an increasingly antagonist stance. At the same time, Washington needs to recognise the inordinate challenge China would face in mounting a Taiwan invasion.

“[Xi] is caught in a cul-de-sac. At every turn he hits the accelerator rather than the brakes,” said Schriver, a former military attache at the US embassy in Beijing. “But the fact is that 80 nautical miles of water makes it incredibly challenging, even before Taiwan buys a single weapon. They lack strategic lift, amphibious lift, which makes Taiwan a pretty hard target.”

Also weighing on China is evidence that it is losing younger generations of islanders with each passing year. A record 67 per cent of the population regarded itself as Taiwanese in a June poll by the National Chengchi University, up 8.5 percentage points in a year, with sharp drops in those who saw themselves as Chinese or Chinese and Taiwanese.

“Beijing recognises, but is probably reluctant to say so, that the passage of the national security law in Hong Kong has irrevocably changed Taiwan’s view of its future,” said Medeiros. “One country, two systems, that’s all but dead. And you have a younger generation of people in Taiwan with fewer ties to the mainland.”

You can read the first story in the series here, the second here, the third here, the fourth here and the fifth here. 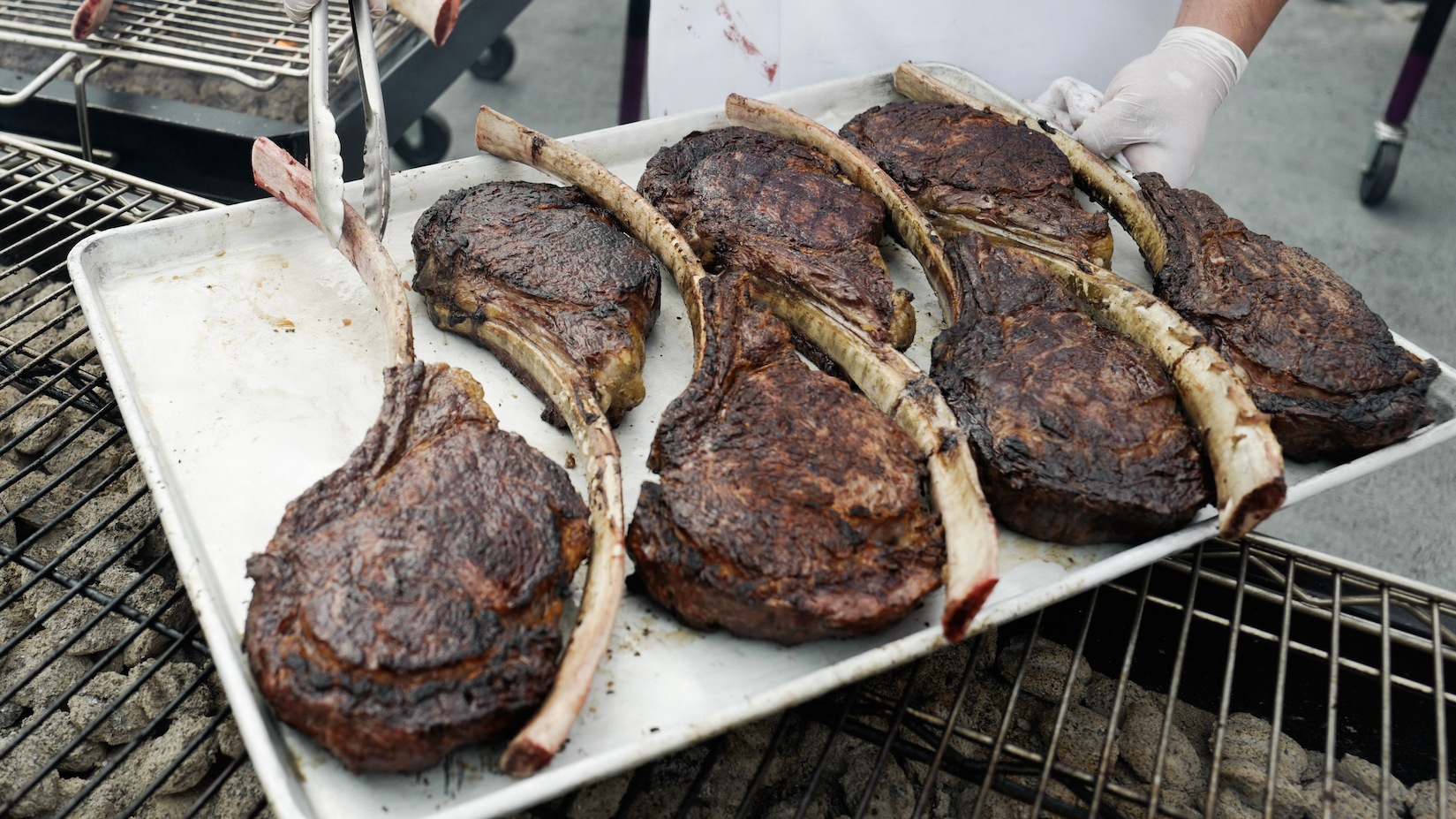 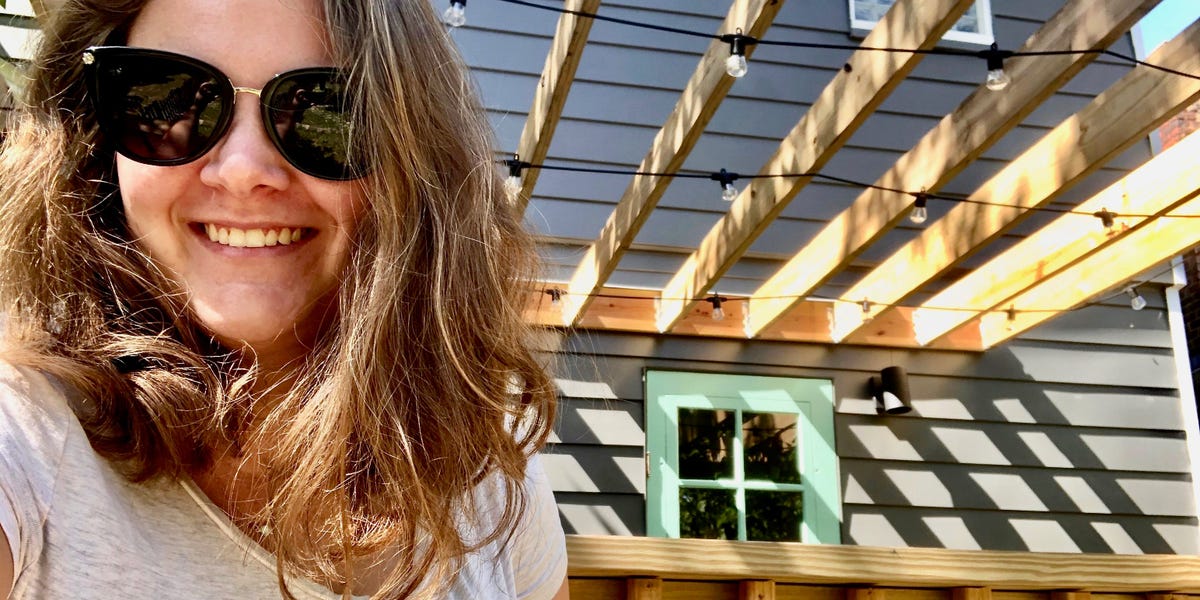