NY Giants defensive back Logan Ryan went through his first practice with his new team, and the waiting game to sign this offseason brought perspective

EAST RUTHERFORD – The losing created a malaise that dragged a proud franchise.

Winning makes business fun, and the Giants have not had much fun over the last three years.

And when credibility is lost on the field, things tend to become a grind away from it.

The results that ended up with consecutive firings of the head coach on the football side of things served as somewhat of a spark for Giants co-owners John Mara and Steve Tisch, who finally set out to modernize all aspects of franchise operations.

A big part of that began with the hiring of Pete Guelli, a high-powered executive whose expertise in business, marketing and branding most recently made in-roads as the executive vice president and chief sales and marketing officer of the Charlotte Hornets for boss Michael Jordan.

Shortly after coming aboard as chief commercial officer, Guelli took the direction of ownership to not only think about ways to put a fresh coat of paint on the exterior, but more importantly reinforce and reinvigorate, stabilizing a foundation in desperate need of a unifying makeover.

Evan Engram after taking the ball into the end zone during an afternoon scrimmage at MetLife Stadium on September 3, 2020.  (Photo: Chris Pedota, NorthJersey.com-USA Today Network)

Those conversations of how the Giants wanted to eventually go to market with a campaign — both internally and externally — started before the pandemic and initially the goal was to introduce this “new generation of Giants football” with first-year coach Joe Judge at the helm. When the landscape changed due to the COVID-19 pandemic back in March, the importance to create something that “could galvanize the entire Giants community” was not lost on Mara and Tisch.

“We were able to pivot to something that was unifying and reinforced the togetherness both inside the organization and with a collective approach to the Giants’ universe,” Guelli said. “That’s how ‘Together Blue’ was born, and there was nothing more appropriate right now.”

In launching the “Together Blue” integrated marketing campaign, the Giants have kicked off a modernizing makeover of the franchise in football, business and community outreach, both internally and externally.

Across departments, the mandate stressed by Mara and Tisch: work in concert to modernize every aspect of the organization, and all of that currently is being done with Together Blue as a corporate and football umbrella.

“The interesting part of the campaign and direction is clearly it speaks to what’s going on right now and the environment that we’re all living in,” Guelli added. “But at the same time, you know, it’s something that connects to what we’re trying to do as an organization and how we need to stay together. We have a new coach, a young team, and Together Blue fits that direction as well.”

NY Giants have distributed t-shirts as part of their “Together Blue” campaign to every member of the organization. (Photo: Giants.com)

Giants vice president of community and corporate relations Allison Stangeby has been with the organization since 1991, and in her 29 years here, Judge represents the seventh head coach with whom she has worked.

“When you win, it’s a different world than when you lose,” Stangeby said. “You can feel it in the organization and across the organization that winning changes absolutely everything. … I don’t know if people realize we were on the same page for the most part at one point, but the Together Blue initiative, this gives us a formulated response to bringing everyone together, and it’s worked.”

She was taken aback when Judge approached her in the spring about creating a vehicle that would allow the players and coaches to partner with organizations in New York and New Jersey with a focus toward racial injustice, criminal justice reform, education and economic advancement, police-community relations and voter registration.

Thus, the Giants’ Team of Teams was born.

“I was like, ‘Really, you want to work with us?'” Stangeby recalled with a chuckle. “His idea was fantastic, and the fact that he really wanted to capitalize on this area, and living in this area, and what it means to live here and love this team, he’s from Philadelphia, but he really wants to endear himself and connect with this area. He wanted to focus on the Bronx, and Brooklyn, and Queens, and North Jersey. He was ready to walk the walk, and he didn’t want our players and coaches to talk the talk without walking the walk.”

Giants players and coaches have split themselves into nine teams and each team has paired with an organization in a dedicated region within New York and New Jersey. After several conversations regarding the issues that most affect the residents of those areas, the teams selected initiatives and will work alongside their community partner.

The nine organizations the team has partnered with and their areas of focus: United Way of NYC, partnering with the EducateNYC program to support educational equity in Brooklyn); the Far Rockaway Colts and the NYPD to improve police-community relations and education through football in Queens; working with the New York City Police Foundation to create positive relationships with youth throughout Manhattan; RISE, supporting the mission to increase civic engagement by spreading the word about voter rights, registration and education in Staten Island, N.Y.; the Bronx Defenders, whose goal is to transform how low-income people are represented in the justice system and transforming the system itself; joining forces to personally mentor Eva’s Village clients experiencing poverty and substance use disorders in Paterson; partnering with the East Orange Mayor’s Office to support the public schools and families in need; partnering with My Sisters’ Place and the Mt. Vernon (N.Y.) High School football team to promote racial equity in education; and Covenant House of Newark to support homeless youth through education, employment and financial literacy.

“We obviously have influence on the world. Being on a team where people come from so many different backgrounds, we kind of show that people can come together and focus toward a goal,” defensive lineman Leonard Williams said. “Focus toward something positive no matter where you came from or what background you come from.”

Added quarterback Daniel Jones: “The Team of Teams is something we started back in the spring, and my group’s working with the New York City Police Foundation. We’ve been able to do a lot with Zoom and setting up meetings, trying to build some of those relationships with the youth in communities, and build understanding between the two sides.”

The Giants also established a best in class Business Intelligence function that spans all of the organization’s business verticals and ultimately provides a more complete view of the fan base, allowing for deeper engagement. Some of the tools included in that mission: data collection, surveying, email messaging and automation.

Giants: Daniel Jones: The evolution of the NY Giants’ quarterback as a franchise leader

“It’s not just the fans that aren’t in the building right now. The staff’s not in the building,” Guelli said. “The team was over at the stadium this summer. We needed a way to connect everybody in the Giants’ family across every constituency, and we felt like Together Blue was something that would really resonate internally and externally, and people would instantly understand what we were trying to get accomplished.”

With a concentration on consumption and engagement, the Giants grouped their audience into four groups: internal (front office, coaches, players), overall fan base, Personal Seat License members, of which there are in excess of 20,000 and some of the longest tenured fans in the NFL; and then, perhaps now the most timely, that community piece to work in conjunction with the Team of Teams.

The Giants even convinced Judge to create a Twitter account of his own, and he has promised to use the platform as a tool to “amplify the good work our players are doing in the community to inspire change.”

“You’ve gotta have alignment across the entire organization,” Guelli said. “And there’s no more important aspect obviously than the football side. And the one thing I would say, not just Joe, but I’ve been doing this for 25 years, this is the third team that I’ve worked for, and the collaboration across business and football right now is as good as I’ve seen it. That’s Joe, that’s Dave [Gettleman] that’s Kevin [Abrams], it’s ownership, it’s everybody with the level of communication, the willingness to collaborate, the understanding of what we’re trying to do as an organization is as good as I’ve seen it anywhere. We’re in this together, and I think everyone is excited and encouraged about where we go from here.”

Art Stapleton is the Giants beat writer for NorthJersey.com. For unlimited access to all Giants analysis, news, trades and more, please subscribe today and sign up for our NFC East newsletter. 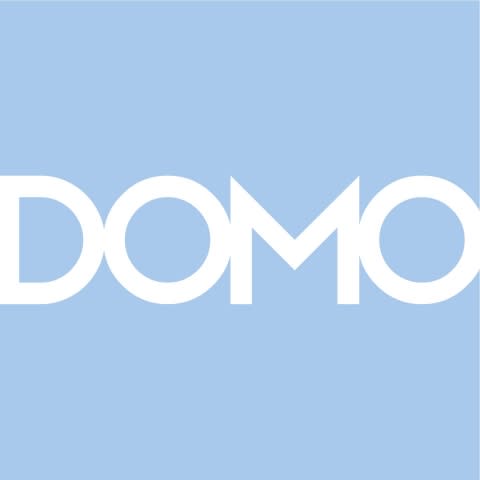 How can an eight-week visa delay turn into six months? | Money

Vanguard to Close Most of Its Institutional Business in Australia; Focus on Retail | Investing News