Forget the flute of chilled Moet & Chandon before takeoff, mid-flight gin and tonics and a roaming dessert trolley after dinner. Flying business class isn’t what it used to be.

Efforts to minimize human interaction and reduce the risk of infection are taking the shine off the most expensive seats onboard commercial aircraft. Gone are the multi-course banquets and warm personal service, once the hallmarks of carriers like Singapore Airlines Ltd. and Cathay Pacific Airways Ltd. These days, what’s left of premium-grade travel is functional, hygienic and closer to cattle class — only with more legroom.

The limitations are one more headache for an industry grappling with a near-total collapse in demand and follow years of luxury oneupmanship among carriers in a contest for the most profitable passengers.

Suddenly, it’s harder to tell airlines apart when you’re up the pointy end. That’s making it tougher to win top-paying customers, and risks pushing some to the back of the plane.

“There’s nobody to help you with your bag, you’re not escorted to your seat, and there’s definitely no pre-flight champagne,” said Sandra Lim, who flew business class to Singapore from Los Angeles with Singapore Air late last month. “It feels like it’s reverted back to economy class.”

Crew wore face masks and eye shields, and avoided contact and shared touch points where possible, Lim said. While passengers could ask for a drink, they weren’t freely offered, and there were no menus. Meals came with everything on one tray, just like in economy, rather than in separate courses. “When you strip away the food and service, it’s just a mode of transport to get from point A to B,” said Lim, a 38-year-old food and beverage consultant.

Some overseas routes have resumed, but traffic worldwide has barely started to creep back. International passenger demand was down 92% in July. The planes that were flying were typically about half full, according to the International Air Transport Association.

It’s also not clear to what extent the premium market, which IATA says generated 30% of airlines’ international revenues in 2019, can recover. Many grounded business travellers have become accustomed to video conferencing rather than making visits in person, and a global recession threatens corporate budgets.

IAG SA, owner of British Airways and Iberia, said in July that leisure demand will recover before corporate travel, and this “structural change” in the market will lead to new cabin layouts. On a conference call, IAG Chief Financial Officer Stephen Gunning said British Airways retired its Boeing Co. 747s early partly because they had so many premium seats.

Virgin Australia Holdings Ltd. Chief Executive Officer Paul Scurrah said at a conference this month that business travel would rebound slower than the overall market as some companies maintain work-from-home policies. Qantas Airways Ltd. CEO Alan Joyce was optimistic that demand would fully recover, but not until 2023 or 2024.

Low-cost airlines such as Ryanair Holdings Plc and EasyJet Plc, largely catering to short-haul leisure travelers, are likely to bounce back faster than airlines with a bigger international focus, UBS Group AG analysts led by Jarrod Castle said in an Aug. 21 report.

The appeal of a larger, more comfortable seat that extends fully flat may be enough to keep business class passengers coming back, said Volodymyr Bilotkach, a lecturer in air-transport management at the Singapore Institute of Technology. But it might be different for those in premium economy. “On the airlines where I have experienced it, this product was more ‘economy’ than ‘premium’ to begin with,” said Bilotkach. “I don’t know if passengers would be willing to pay that price differential now.”

Yet airlines somehow need to keep filling premium seats, or get rid of them. According to Bilotkach, a single business class seat that lies flat needs to generate at least four times the profit of an economy seat to justify all the space it takes up in the plane.

Some airlines will use the pandemic to permanently downgrade their offerings in premium cabins to save money, said Jeremy Clark, who runs Malaysia-based JC Consulting, which advises carriers on catering and service. That means many airline-dependent suppliers will shut, limiting the scope for on-board dining and service to bounce back to pre-pandemic levels when travel recovers, he said. That said, “there will still be airlines that recognize the value good food and service bring to their brand in return for the relatively small cost of providing it,” said Clark. “We’re human beings. We like to be spoiled.”

While Covid-19 has reduced the frequency of service onboard, when safe, airlines will return to a fuller culinary service with premium cabins leading the way, according to David Loft, chief commercial officer of Emirates unit dnata catering.

Until then, business- and first-class passengers should expect scaled-back service and more modest meals, said Michelin-starred chef Vineet Bhatia, who has worked with British Airways and Qatar Airways for almost two decades.

He said travelers needn’t worry about the risk of infection from the food or even a tipple — “having a scotch in a plane with 40% alcohol is safer than having a glass of tap water” — but they want to see some Covid-19 precautions. “The safety aspect has to be very visual,“ said Bhatia. “The passenger wants to see crew maintaining distance, greeting him fully covered, giving him his meal in a wrapped up box and leave. That looks like science fiction, but that’s how it is.”

Even that wasn’t quite enough for Graziela Guludjian, who took a 12 1/2 hour flight to Barcelona from Singapore in business class last month. The Singapore Air crew gave her a bag with a facemask, hand sanitizer and disinfectant wipes. “I didn’t feel comfortable,” said Guludjian, who was moving back to Spain with her husband and three children. “I didn’t want to fly, but I had no option. I don’t want to travel any time soon.”

(This story has been published from a wire agency feed without modifications to the text. Only the headline has been changed.) 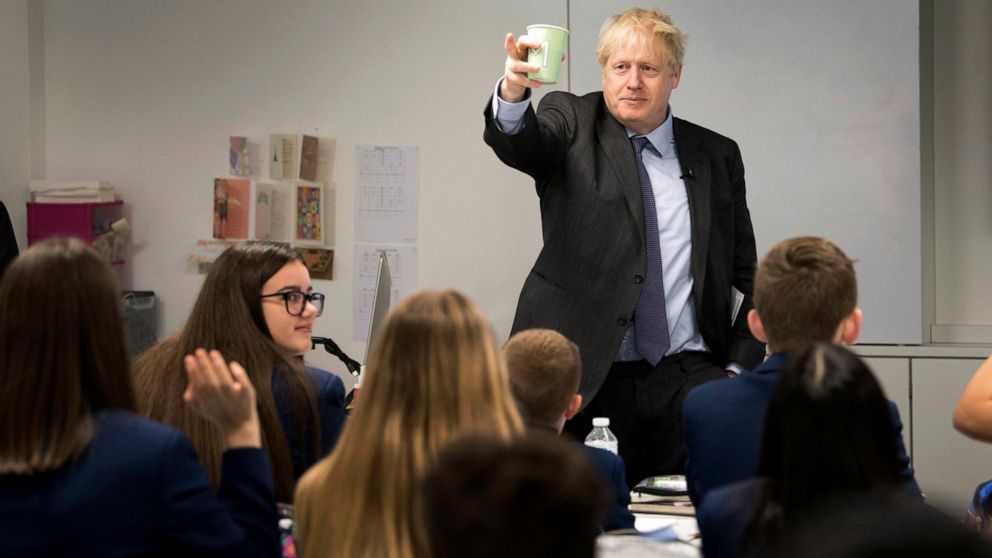 The Latest: Britain to offer new job training amid virus