It’s slim pickins’, folks! We’re down to four teams left in the Bubble, and as a result, we are fishing in a shallower pool, reeling in fewer and fewer posts to sustain ourselves with, much like the bass in the Disney ponds which seemed to fall off pretty quick either due to overfishing or over-exposure. But I’m sure whatever fish are left are breathing (bubbling?) easy now that Playoff P is gone.

So this will be short and sweet, but as we move into the conference finals, it’s still been an eventful, “CLANKING” week. Here we go.

Big Face Coffee is doing BUSINESS in the Bub but before we get to grind behind the macchiato mogul — it was also his birthday this week! That’s right, Jimmy Beans does age after all. The Heat rookies serenaded Butler as he interrupted them multiple times to insist they look him directly in the eye while they sang him “Happy Birthday.” The best part is, there’s no way Butler could look them all in the eye simultaneously.

Ok, onto our Big Face fix. In a very wise entrepreneurial move, Butler started to wear his own merch around this week, driving up interest (mine, for sure, and I assume everyone else who knows anything about fashion but more importantly style, taste, etc.) for when these pieces will be hitting the market.

Rating: Knock-offs are fine too, I’m not proud. 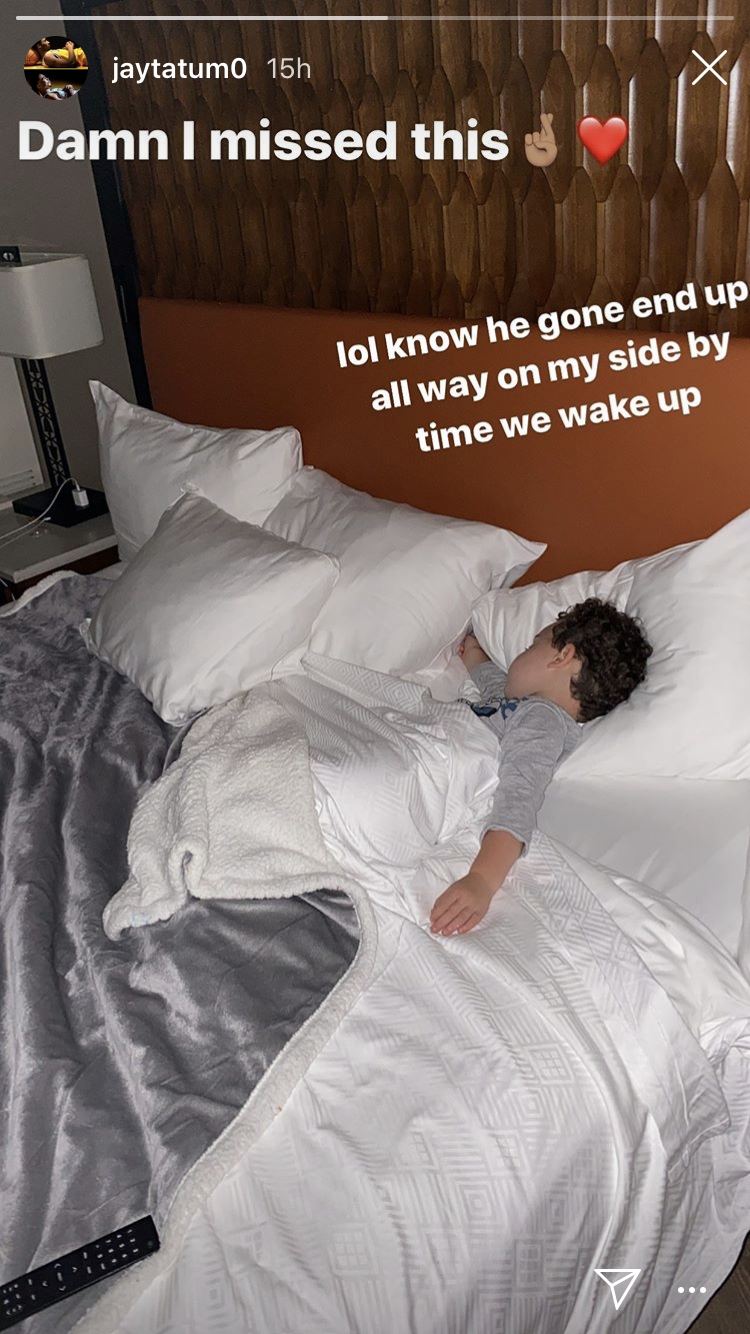 Before the Celtics went radio silent, Tatum shared some pretty sweet moments of relief in having his son, Deuce, with him in the Bub. Here’s the little dude really extending diagonally into that king size bed.

Rating: If there are Celtics fans out there moaning that Tatum didn’t get a good enough night’s sleep because of this, so help me.

Loyal and supportive teammate of Butler and Big Face Coffee, Goran Dragic, headed down the hall to the Bubble’s best coffee shop only to find it closed. Distraught, because he had even brought cold hard cash, Dragic lamented that he may have no other choice but to go to Little Face Coffee. What!!! 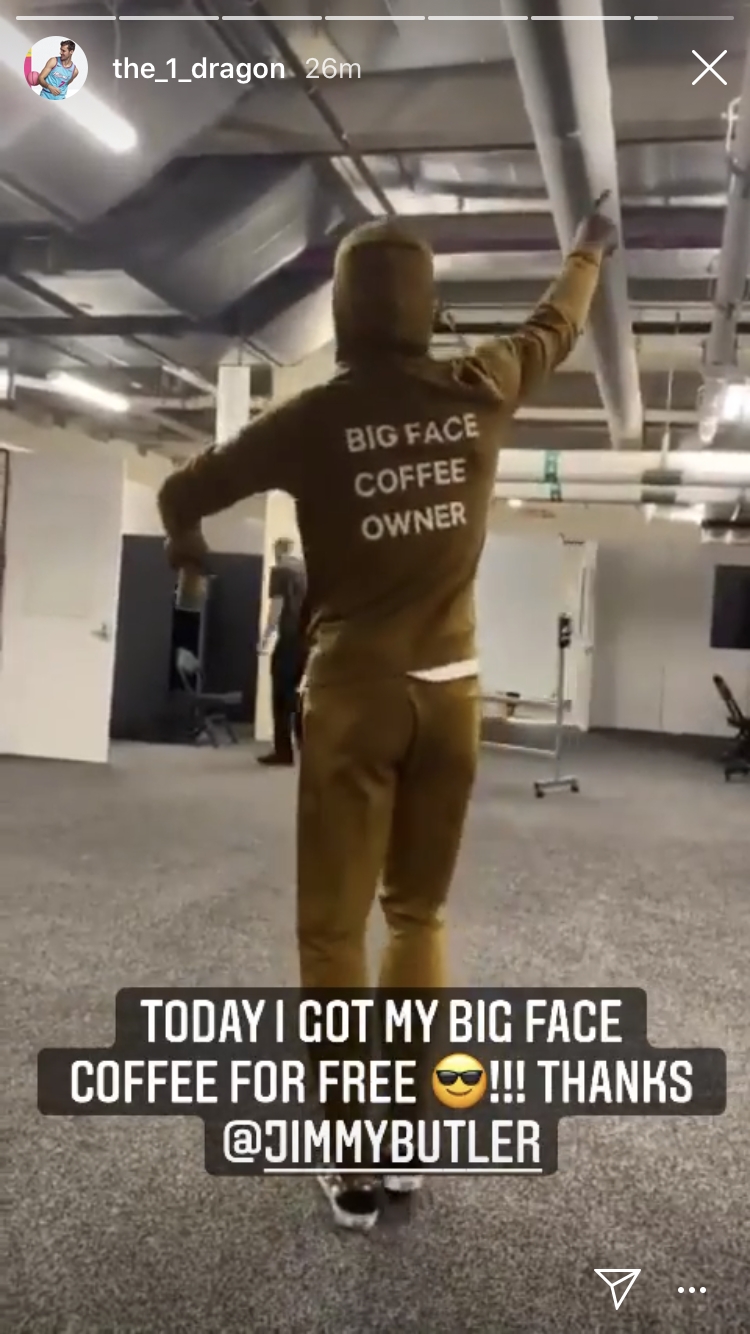 Ok but don’t worry, the very next day Dragic got his fix and was comped one free coffee. Which honestly seems like winning the lottery.

Rating: I like to think Big Face’s hours are from 2 a.m. to 7 a.m., anything later and you’ve already ruined your day by not seizing it, why bother. 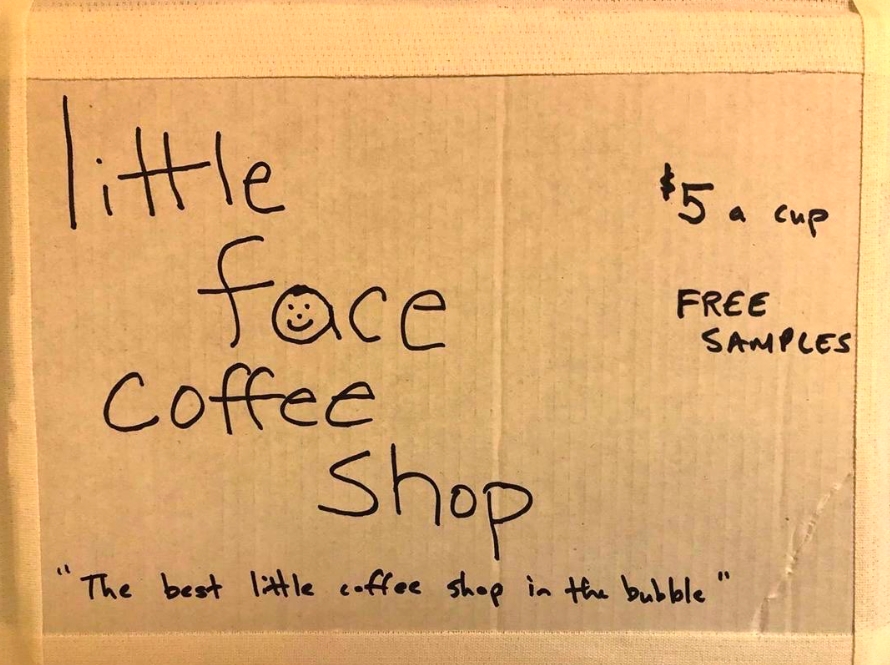 Ok, bear with me. I have some friends who have a friend who is a Heat insider and they said it was Bam Adebayo who made this sign and started up a rival coffee shop.

But, in the late hours Friday night, sitting out under some swaying palms, Dragic revealed to the world the coffee contender was none other than a Miami Heat trainer named Brandon Gilliam, who Dragic doesn’t seem to remember the name of? But maybe it was the excitement of the moment, like being there when Mr. Coke and Mr. Pepsi did their first duel at high noon.

Rating: Looking for a Medium Face Coffee to come in here and blow the disposable lid off this caffeine conglomerate.

Kuzma’s girlfriend, fashion model Winnie Harlow, has been and left the Bubble. The two are very cute. They made the most of being stuck in a small square-foot radius and also went golfing, Harlow being the power behind the wheel. 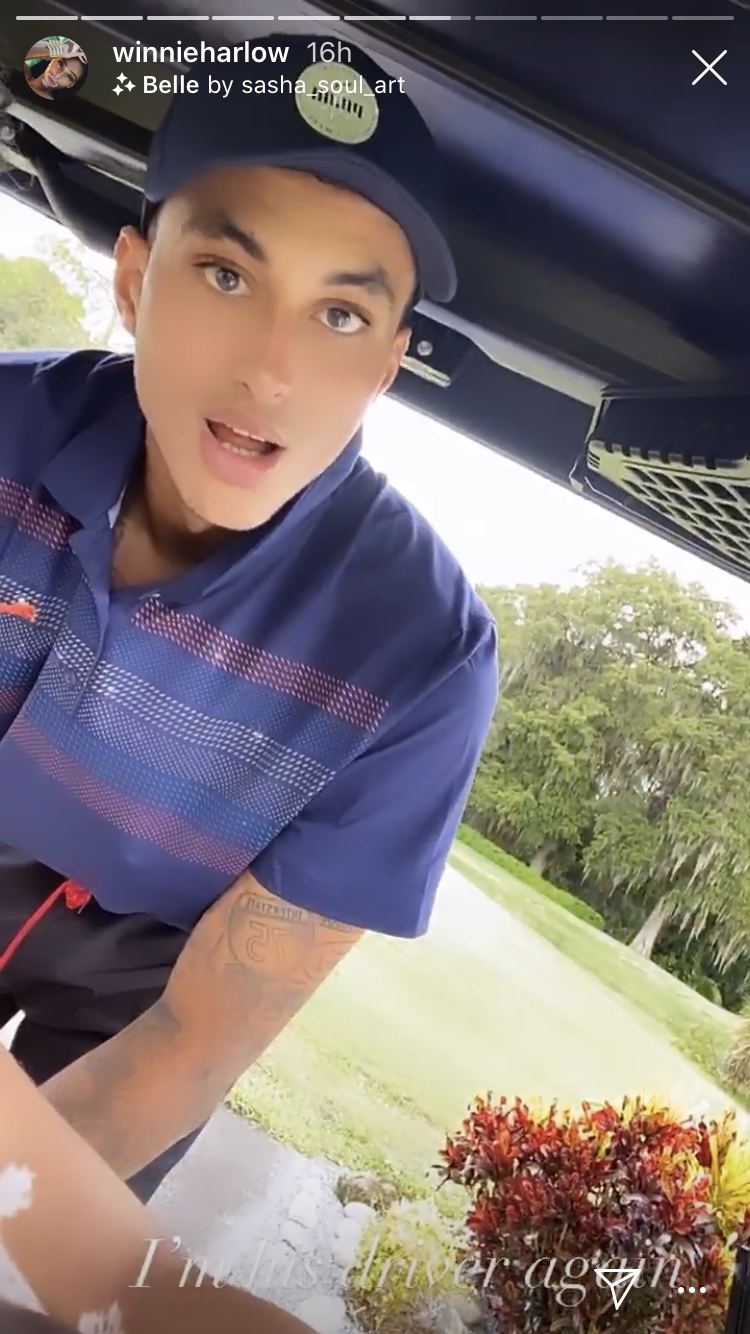 Rating: I like it better calling Kuz Winnie Harlow’s boyfriend, that’s the rule from here on out.

McGee’s daughter Genevieve, “Gigi,” is hands down the cutest of all the children we are lucky to get to know a little about in the NBA. I’m sorry, but she could clean to floor with all of them. Anyway! She’s really been enjoying her time in the Bubble, learning tae kwon do and meditating, doing pranks with straw wrappers (classic!), plus ripping down that huge Temple of Doom slide getting shamefully underutilized.

Rating: Yes, I said a child could defeat the other children and I stand by it — IT’S THE PLAYOFFS.

Waiters also had a family reunion this week! The Lakers are really making it hard to dislike them. His son, Dion Jr., played it kind of cool when he finally saw his dad but then he, and you when you see this, started to cry because holy it’s so hard for these families!

Rating: You thought you were going to get through this week without an emotional gut punch, sucker.

As I mentioned earlier the Celtics have been largely absent from all forms of social media since the ECF got underway, and especially since the Heat have gone a little, pun intended, scorched earth on ‘em. There were reports, after the Celtics fell 2-0 this week, of mysterious CLANKS coming from Boston’s locker room, plus a whole of shouting. The shouts were revealed to be Marcus Smart, reportedly, but the CLANKS have yet to be uncovered. The greedy Ghost of Christmas past? A spooky Frankenstein monster? Plumbing that should really be looked at? Rest assured, the CLANKS will be investigated.

Rating: Is it too late to nominate CLANKS for Sixth Man of the Year? I mean, depending on what happens in Game 3.