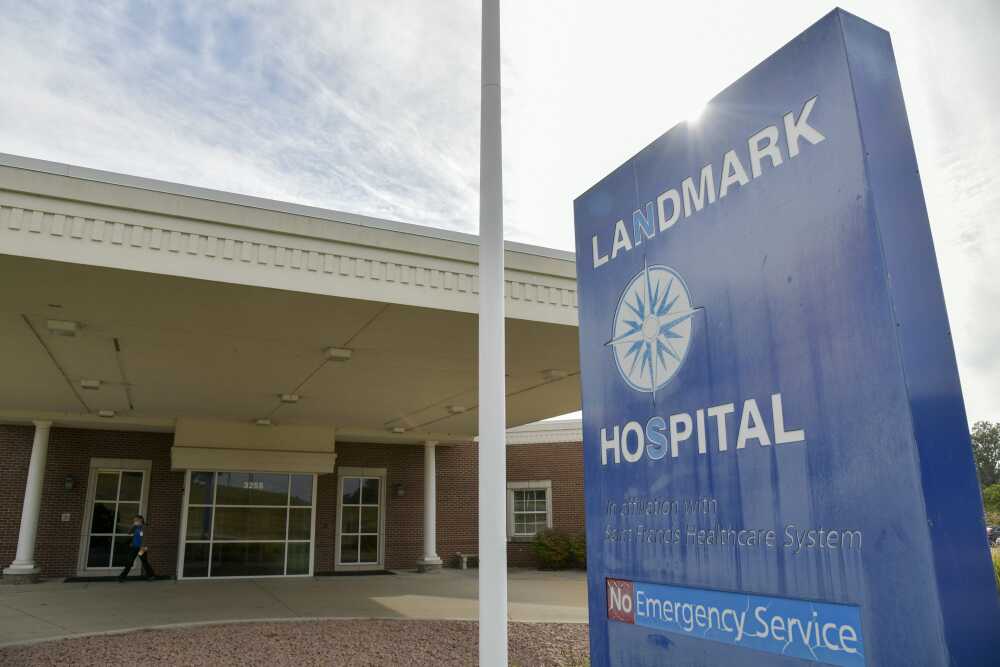 Landmark Hospital is seen Friday in Cape Girardeau. Beginning next week, hospitalist services at Landmark will be provided by Massachusetts-based Hospital Medicine Solutions.

Changes are afoot at Landmark Hospital in Cape Girardeau.

Effective on Oct. 19, hospitalists at the long-term acute care facility will be employed by Hospital Medicine Solutions (HMS), a private hospitalist group based in Massachusetts.

For anyone unfamiliar with the term, a “hospitalist” is a hospital-based physician who primarily cares for patients within a hospital.

“Historically, prior to the hospitalist movement, physician groups, primarily primary care doctors, were splitting their time between office-based care and hospital care,” explained Dr. Bipin Mistry, CEO of HMS and a hospitalist himself.

“As you can imagine, over time the demands of the office would increase, so what some groups started doing was to have a provider located in the hospital to manage inpatients, allowing them to be managed more efficiently,” he said.

Dr. Joseph Litwak, HMS president and founder, added that “Bipin and I have been hospitalists since the hospitalist movement began in the 1990s, so we’ve got a lot of experience managing hospitalist programs. Between us, we have a combined 40 years of hospitalist management experience.”

HMS will employ three to four hospitalists (three of whom already live in Cape Girardeau) to serve as Landmark Hospital’s in-house physician staff, which will allow Landmark to stop using temporary, or locum tenens, physicians. This will be the first hospitalist management agreement for HMS outside the New England region.

“By Oct. 19, there will be no locums at Landmark,” said Tyler Dillon, vice president for business development at HMS. “We’ll have consistent providers there, which, in turn, will help with continuity of care. Patients will see their same providers from week to week.”

He said hospitalists can reduce “fragmentation” of care for patients.

They can provide more consistent care, and providing a consistency of staffing leads to lower complications, better care and increased patient satisfaction.

“It can also result in better communications between the physicians and Landmark’s clinical staff,” commented Landmark CEO Debbie Sabella.

And because the hospitalists will be based in Cape Girardeau, they’ll also be familiar with area physicians and the overall medical community.

Join the B Magazine newsletter

The weekly newsletter focused on the business of Southeast Missouri.

“They are local physicians, which makes me extremely happy,” Sabella told me. “HMS wants to go to the local hospitals and present their program to them and let them know we’re going to have continuity of care and who’s going to be taking care of their patients when they send them over here to Landmark. You don’t get that with locum tenens hospitalists.”

The Landmark facility in Cape Girardeau opened in 2006, and since that time, five more Landmark hospitals have been established. They are in Columbia and Joplin, Missouri; Athens and Savannah, Georgia; and Naples, Florida. All are long-term acute care facilities.

Sales-tax revenue in Cape Girardeau County appears to be heading to record levels in 2020 in spite of the national economic downturn caused by the COVID-19 pandemic.

In other words, consumers are spending lots of money in Cape County.

Meanwhile, the county’s use tax, which is generally a tax on online purchases, has already generated more revenue in 2020 than it did in 2019.

Shannon Stafford says it’s been a dream of hers to own a bakery since she was 3 years old and baking chocolate cookies with her mother.

“It was too hard to pass up,” Shannon told me in reference to her purchase of the business from Melissa Flinn, who started MoMo’s three years ago.

The business specializes in brownies, cookies, cupcakes and other confections.

Walk-in hours will begin in November and custom orders are available. However, Shannon tells me she won’t be taking any special orders until after Oct. 22 because of her wedding and honeymoon.

I read in The Scout the other day about a new brewery coming to downtown Cape.

Watch for more information about MGTB in a future food section of the Southeast Missourian.

The new Rock ‘N’ Roll Drive-In on the site of the old Montgomery Drive-In at Blomeyer won’t be opening this week, as was hoped a few weeks back.

“We’re not quite there yet,” project co-developer Chuck Stratton said in a social media post over the weekend.

However, he and his partner, Jonny Tosarello, planned to announce the opening date Monday on the drive-in’s Facebook page. (If you’re reading this in Tuesday’s print edition of the Missourian, the announcement should be posted by now.)

The drive-in also plans to host a craft bazaar Nov. 7.

Do you crave business news? Check out B Magazine, and the B Magazine email newsletter. Check it out at www.semissourian.com/newsletters to find out more.