TORONTO, Oct. 8, 2020 /CNW/ – A new study measuring the economic and cultural impact of Toronto’s live music venues was released today at a virtual news conference by the City of Toronto and the Canadian Live Music Association, in partnership with Downtown Yonge Business Improvement Area and Ontario Creates. 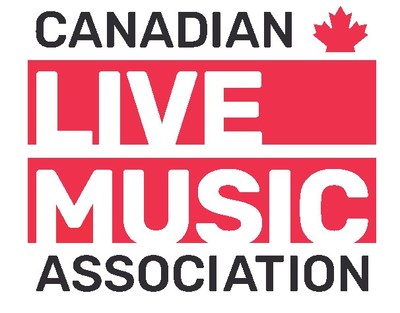 The long-awaited study entitled Re:Venues: A Case and Path Forward for Toronto’s Live Music Industry, outlines the contributions and status of the industry and includes recommendations for actions needed to support and protect live music venues through this economic uncertainty and beyond.

“Toronto’s live music venues contribute greatly to the city’s cultural, social and economic fabric but these venues require critical support in the face of ongoing pressures that have been intensified by the COVID-19 pandemic”, said Mayor John Tory. “This long-awaited study has confirmed the vital role the industry plays in our city and the commitment to supporting them not only through this pandemic but afterwards.  I want to thank all the partners involved in helping us bring this study forward and for realizing the need for real support for artists and the music venues they rely on.”

Conducted by Nordicity, the study finds that live music venues in Toronto generate a total economic impact of $850 million annually, while providing the equivalent of 10,500 full-time jobs.  Labour income generated by the operations and tourism impacts of Toronto’s live music venues total $514 million each year.  The report emphasizes the importance of live music venues to the city’s economy and calls attention to the key role these establishments play in a thriving music ecosystem.

“This powerful research helps us to tell the story of our precious live music venues and why we need to act, now, to ensure their future – for both artists and fans,” says  Erin Benjamin, president & CEO, Canadian Live Music Association. “We call on policymakers, industry and advocacy groups to prioritize the report recommendations, and to lend their voice to an industry in dire need of support.”

Each venue that closes costs an average of $575,000 in annual GDP contributions, and $148,000 in provincial and federal taxes.  Since March 2020, Nordicity estimates the shutdown of music venues in Toronto cost the city’s economy $99M in GPP, the equivalent of 1,480 jobs.

“Toronto’s internationally renowned live music scene is an economic powerhouse and one of the most important elements of our cultural identity – today, it is also under threat,” says Canadian Live Music Association Board Chair and CEO of The Corporations of Massey Hall and Roy Thomson Hall, Jesse Kumagai. “Venues were closing their doors before the pandemic and we are now losing important cultural institutions at an alarming rate with no end in sight.  We can stop the trend, but we need to act now”.

Each of the eight categories quantify actionable items the industry should adopt to survive the current crisis,  rebuild the industry’s foundation, and to sustain and grow the sector:

“The venue study and recommendations are coming at a critical time,” adds Mark Garner chief operating officer, Downtown Yonge BIA. “The Canadian Live Music Association and the other stakeholders participating in this project have quantified the economic contribution of our live music venues and we look forward to their continued leadership as we move forward in our support of this vital industry.”

The actions identified in the report for Toronto, Canada’s largest city and a world leader in entertainment will have implications for the industry across the country.  In 2019, 107,000 individual artists performed at venues in Toronto alone.

“Live music venues provide essential career stepping stones for emerging artists,” says Tracy Jenkins, operator of Lula Lounge. “The ecosystem of creators, enterprises and service providers these venues support is linked not only to our thriving local economy but is at the heart of the cultural life of our proudly diverse city”.

The development of a sustainable, healthy music industry is critical to the countless Canadians who benefit both culturally and financially from this sector.

Further information about the study, and images/infographic can be found Here.

About Re:Venues: A Case and Path Forward Study
Re:Venues: A Case and Path Forward for Toronto’s Live Music Industry was commissioned by the City of Toronto and the Canadian Live Music Association, in partnership with Downtown Yonge Business Improvement Area and Ontario Creates. The report was made possible with additional support from Toronto BIA and Destination Toronto.  The survey was conducted between June – December 2019 and collected responses from 59 venues in Toronto, or 11 per cent of the estimated 436 active music venues in the city. To calculate the economic impact of tourism, Nordicity used ticketing data provided by TicketMaster.

About Canadian Live Music Association
The Canadian Live Music Association (CLMA) is the voice of Canada’s live music industry. Established in response to an identified need in the music industry, the CLMA represents the full spectrum of the live music sector, including concert promoters, festivals, talent agencies, venues, clubs, arenas, performing arts centres, ticketing companies, industry associations and networks, as well as suppliers to the sector. Its mission is to entrench the economic, social and cultural value of live music – creating the conditions for concerts to thrive, from coast to coast to coast.

About the Downtown Yonge BIA
On behalf of the Downtown Yonge community, the B.I.A. is a non-profit organization that is committed to improving the daily experience of our members, residents, customers and all stakeholders with an end goal of strengthening the culture and economy of Downtown Yonge.

City of Toronto
Toronto is home to more than 2.9 million people whose diversity and experiences make this great city Canada’s leading economic engine and one of the world’s most diverse and livable cities. As the fourth largest city in North America, Toronto is a global leader in technology, finance, film, music, culture, and innovation, and consistently places at the top of international rankings due to investments championed by its government, residents and businesses. For more information visit https://www.toronto.ca or follow us on Twitter at https://www.twitter.com/CityofToronto, on Instagram at https://www.instagram.com/cityofto or on Facebook at https://www.facebook.com/cityofto.