Say a major company wants to build an environmentally friendly $100 million manufacturing facility in Indian River County, creating 100 jobs with an average salary of $60,000-plus.

There might be some opposition based on the location, product to be made or fact some folks don’t like Big Business or change in general.

Our guess, however, is most people would be pleased to see the county’s economy and tax base expand to provide greater opportunities to local residents.

Indian River County has several tools to attract such businesses, including one voters will be asked to reauthorize in the Nov. 3 election.

Fellsmere also is asking its voters to reauthorize what’s called a tax abatement program. Most counties in our region have one. More than 60 percent of Martin County voters reauthorized their program in the August primary.

Unlike some of the other tools in the county’s economic development kit, this one wouldn’t cost taxpayers a dime. 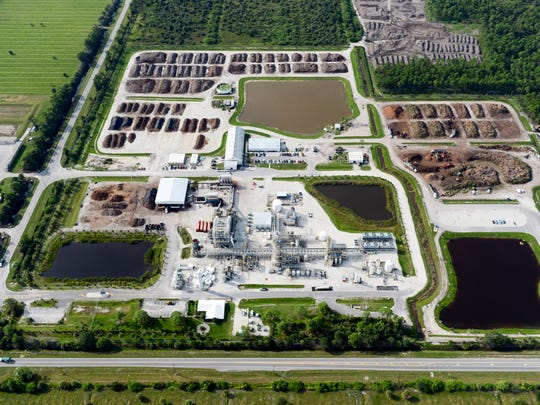 It would give manufacturers a limited property tax break for up to 10 years. The break would be only for a percentage of county general fund millage (or city millage in Fellsmere).

Before getting the break companies would have to verify to government overseers the dollar amount of improvements they’ve made, jobs created and salaries paid. Such reports are due quarterly.

Meanwhile, the county’s other taxing entities, from the emergency services and school districts to hospital and mosquito districts, all would reap benefits of a significant increase in the tax base. The exemption does not impact these tax levies.

There’s been only one such tax exemption the past 10 years in Indian River County: the INEOS BioEnergy project on western Oslo Road.

After investing more than $54 million, it received a break for four years during which it had almost 60 people employed making more than $64,000 a year, according to  Helene Caseltine, economic-development director for the Indian River County Chamber of Commerce.

The plant closed in 2016. The site is used now for different ventures.

Don’t want to miss another editorial like this? Here’s our latest membership deal

More: What you need to know about the 2020 general election on the Treasure Coast

Mark Mathes, Fellsmere city manager, said the tax-abatement program helped lure an assisted-living company to look at property downtown, but the project did not come to fruition.

While opportunities to lure major projects are relatively few and far between in Indian River County, County Commissioner Peter O’Bryan sees the potential for development in large commercial areas west of I-95.

Part of that’s because the area is an “opportunity zone,” as certified by the U.S. Treasury Department. In the zones “certain types of investments may be eligible for preferential tax treatment,” according to the county’s economic development website.

“It’s one of the major tools in the toolbox,” said O’Bryan, alluding to other programs, such as jobs grants. “It keeps us competitive with the surrounding counties.”

Vero Beach also has an abatement program expiring in November and will discuss whether to extend it Tuesday, according to City Manager Monte Falls. It has never used it. Sebastian does not have such a program, according to Mayor Ed Dodd. They haven’t had to because their millage rates have been lower than the county’s.

Indian River County has done a decent job diversifying its economy given the devastation to its citrus industry. More, however, is needed. The tax abatement program is a necessary tool voters should reauthorize.

Editorials published by TCPalm/Treasure Coast Newspapers are decided collectively by its editorial board. To respond to this editorial with a letter to the editor, email up to 300 words to [email protected]