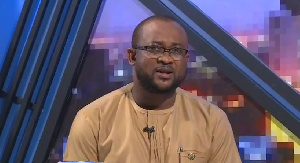 Deputy Minister of Information, Pius Enam Hadzide says the decision that went into the opposition National Democratic Congress (NDC) plan to legalize the Okada business can only be based on impulse and not on deep thinking.

According to him, the NDC bringing back the Okada business policy that the Mahama administration outlawed in 2012 means clearly that they did not consult the stakeholders, industry players and interest groups before making the Okada operations illegal.

Speaking on Okay FM’s ‘Ade Akye Abia’ Morning Show, Pius Enam Hadzide said that the NDC under Mahama did not think of the consequences before coming up with the law to ban the operations of Okada in the country.

“Did they think of the consequences before coming up with that law? What consultation went into the decision to come up with the law to ban the operations of Okada in the country? We are talking about a law that is just one election cycle old by former President Mahama,” he doubted.

He, however, was certain that the NDC in its manifesto is planning to legalize Okada business that the former President did not think deep about before passing the law to make its operations in the country illegal.

The Deputy Information Minister stressed that by this conduct of the erstwhile Mahama administration to ban Okada operations in the country kills every hope that the decision of the same former President to legalize Okada business is possible.

“By the new position of Mr. Mahama, it means that he didn’t think deeply about it before passing a law to ban Okada business. This means that the NDC worked on impulse; they decided to do anything that came into their minds without consulting with the stakeholders, industry players, and interest groups,” he said.

He said that by the conduct of the NDC, they are giving evidence that their intention to legalize the Okada business has not been thoroughly scrutinized; demanding the NDC to tell Ghanaians what informed the decision to ban Okada operations in the country in the first place.

“The difference between NPP and NDC is that the ruling NPP will not do anything on impulse. We will consult and discuss and that is why the Transport Minister said that since the government saw the challenge with the Okada operations it started discussions with the stakeholders,” he said.