USA TODAY’s retirement columnist Rodney Brooks talks to Jeanne Thompson, a vice president at Fidelity Investments about what it takes to save a million dollars for retirement.

The Owners of Silverton’s Palace Theater have announced they will be stepping away from the business after their lease runs out on October 1.

Co-owners Stu Rasmussen and Roger Paulson have owned the theatre since 1974.

Rasmussen cited a lack of flexibility with landlord Marjorie Eng and the inability to open up due to the pandemic, forest fire smoke and a sewage leak. Eng couldn’t be reached for comment.

The theatre has had its fair share of bad luck after having to close down for a short time in 2012 due to a fire.

“The community has an investment in that space as a place for recreation,” Rasmussen said. “We were the heart and soul of that business, we built it up to be one of the best theatres in the valley and to have it come to such an untimely end, it is personally heartbreaking to me.” 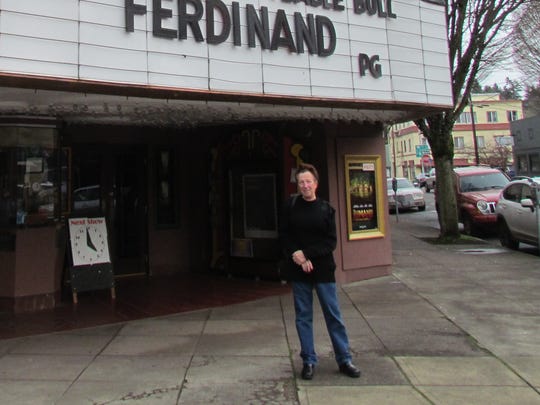 Despite not renewing the lease, Rasmussen and Paulson have decided not to take away any of the equipment inside the theatre beside the popcorn maker, which they will move to Mac’s Place across the street.

“Rather than deprive the community of showing movies downtown, we’re basically walking away from a $100,000 investment including furniture, fixtures, projectors, sound systems and everything that makes that building a theatre,” Rasmussen said. “It’s heartbreaking to leave it there because that was a significant part of our retirement income and that just suddenly evaporated.”

The future of the theater is unclear, but there is a chance that Eng or some other buyer will decide to keep the theater running.

“It saddens me for it to go that way, but there’s little to nothing I can do about it,” Rasmussen said. “The option was to have all the equipment removed and sold off and that would probably preclude the building being used as a theatre until somebody reequipped it and that would not be cheap.“

The Palace Theatre has struggled to gain any traction since mid-March as they were only open briefly a few weeks ago for a weekend run of Grease. The turnout wasn’t great, which, together with the fires that ravaged the area, forced their hand.

Rasmussen has been a key member of the community of Silverton and made national headlines when he became the nation’s first openly transgender mayor in November 2008.

He has been mayor of Silverton three times and was a city councilor until 2009.

Independent movie theatres have struggled in recent years with the rise of online streaming services such as Netflix and Hulu.

“Back when we were running film, we played Titanic for 12 weeks, which was unprecedented at the Palace,” Rasmussen said. “Streaming services have continuously eaten away at our business. You’ve got one screen and if you’re playing something somebody doesn’t want to see, they’ll stay home and stream it on their devices.”