Backers of a significant shake-up that is dividing English football have been forced to defend the proposals amid fierce criticism from the UK government, the Premier League and the Football Association.

The plan, devised by Rick Parry, the chairman of the English Football League, which runs the three divisions below the top flight, and Liverpool and Manchester United, the Premier League’s two most successful clubs, would hand a £250m bailout to the EFL as well a 25 per cent share of future media revenue.

For Mr Parry, it is a chance to reset English football and address the unsustainable surge in costs to keep up as the gulf widens between the Premier League and the EFL. It also marks a power grab by the top clubs, as it would concentrate power in the hands of the Big Six, which includes Arsenal, Chelsea, Manchester City and Tottenham Hotspur.

The plan will dominate a previously scheduled meeting of Premier League clubs on Wednesday. A person close to the league said EFL finances would be discussed, though it was unclear whether the leak of “Project Big Picture” would force them to offer an alternative proposal.

Adding to the tension was the unexpected resignation on Monday of chief executive David Baldwin. The EFL said his departure was not linked with the furore over the proposals. On Tuesday, a number of EFL clubs, including Championship sides Rotherham United and Preston North End, defended the project in a media call arranged by the league.

The UK government has criticised “backroom deals” to create a “closed shop” at the top of the sport, while Football Association chairman Greg Clarke distanced himself from the plans.

“When the principal aim of these discussions became the concentration of power and wealth in the hands of a few clubs with a breakaway league mooted as a threat, I, of course, discontinued my involvement,” said Mr Clarke on Tuesday.

Kieran Maguire, an academic and author on accountancy and football, said: “It’s the American ideal of naked capitalism. It makes the Big Six more attractive to investors.”

The US billionaire Glazer family took control of Manchester United in a £790m leveraged buyout in 2005 and later listed the company on the New York Stock Exchange. John Henry is in talks to list Fenway Sports Group, which bought Liverpool in a $300m deal in 2010.

“US sport is run by business for business,” said one adviser to several top clubs. “This smacks of opportunism; a restructuring is needed but this seems to be too much one-way.”

Premier League’s relationship with Mr Parry has soured over his decision to hold separate talks with its two biggest clubs, said a person close to the league.

“What is wrong with leadership coming from two of the country’s greatest clubs?” said Mr Parry, a former chief executive of Liverpool, of the plans on Sunday. “The message from Liverpool and Manchester United and their ownership is that they actually do genuinely care about the [football] pyramid.”

The plan would scrap the one club, one vote system, and hand the Big Six veto over club takeovers, the appointment of the Premier League chief executive, and the distribution of broadcast revenue through special voting powers.

Such a radical step is unlikely to gain support among the remaining clubs but has prompted concerns that some teams could splinter from the Premier League to achieve their goals.

Some proposals are attractive. The Premier League would be cut to 18 clubs, which would have the exclusive right to sell eight international matches directly to fans on their own digital platforms. A smaller division, alongside proposals for two fewer cup competitions, could also free up the playing calendar for greater commitments to European competitions.

But a smaller league limits chances of promotion. “It could be more difficult to come up and stay when you don’t get a vote on what’s going on,” said a lawyer who has advised several Premier League clubs.

Some analysts draw parallels with US sport, which typically operates closed leagues and where a few dozen wealthy owners dominate. Stricter cost controls, including salary caps for the EFL, are also more reminiscent of the American approach.

“You’ve got elements of a creeping US model in these proposals,” said Darren Bailey, a sports lawyer at Charles Russell Speechlys. 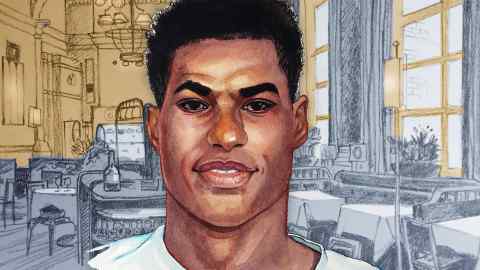 But US sport clubs share power evenly in the organisation of professional leagues. In the National Football League the sharing of lucrative national media revenues and the lack of relegation for underperforming teams has allowed for more even competition, such that a small-market team such as the Kansas City Chiefs became Super Bowl champions this year.

Where some point to “creeping Americanisation” in English football, Mr Maguire said the proposals merely come from US owners.

“If you look at American franchised sport, it’s far more democratic than any of these proposals,” he said. Project Big Picture, however, “is in some respects the antithesis of American sport, which is about the good of the league as a whole.”