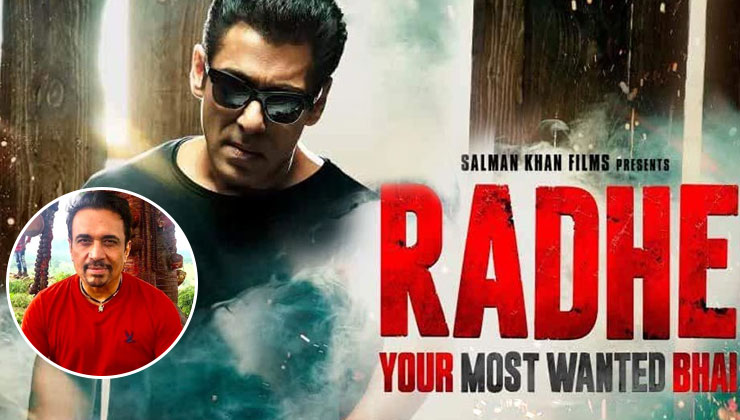 Amidst the ongoing lockdown, people have been dying to go outdoors and watch their favourite superstars onscreen. Salman Khan. ‘Radhe: Your Most Wanted Bhai’ was supposed to hit theatres during Eid 2020, and it was poised to be one of the biggest openers of the years. However, the pandemic hit and the makers of the movie along with superstar Salman Khan decided not to release the film on OTT and wait for theatres to open.

Salman Khan’s business manager Jordy Patel speaks up about how the film is going to be a huge entertainer for all fans of the superstar. “Although some parts of the movie are yet left to be shot, the movie will be released once the situation goes normal,” says Jordy Patel.

Salman Khan has utilised the lockdown time also to the benefit of the movie as a small crew of members were stationed at his Panvel farmhouse where they completed the pending edit of the movie till whatever part was shot. Once the remainder of the scenes gets shot, the makers of the movie will then decide a suitable date for the release so that all Salman Khan fans can come in and enjoy the masala blockbuster.

Radhe was supposed to be Salman Khan’s Eid release in 2020. Many speculations also suggest that the film might hit theatres during Christmas 2020 provided the theatres are back to full operational capacity. But, nothing’s confirmed as of yet.

However, the makers and Salman Khan are reportedly not looking for an OTT release. But as the old adage goes, never say never! Only time will tell if we get to see Salman Khan’s high flying actioner, ‘Radhe’ during Christmas 2020 or will we have to wait for Eid 2021. Let’s wait and watch.

Also Read: Salman Khan transfers money to Bollywood’s daily wagers; decides to do it next month as well