The performance and future of Sri Lanka’s state owned enterprises (SOEs) continues to be a subject of public conversation. The ‘State Enterprises Management Policy’ described in the SLPP Manifesto (Chapter 2, page 08) for instance, pledges to “…develop State Enterprises and to make them profitable” and further to “…ensure that all State Enterprises are free from political interference”. Both the acknowledgement of the shortcomings and the intention to effect reforms are welcome. 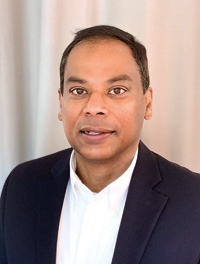 However, the burning question is, will the reforms be meaningful enough? This article will attempt to explore ways to ensure the required reforms are effective, permanent and become a landmark turning point in the management of public finances. The proposals outlined below build on the State Enterprises Management Policy of the SLPP Manifesto and seek to enhance them further. The writer proposes that a new legal entity, encompassing global ‘best practice’ methods be established. This move will accomplish several key objectives effectively and permanently.

First, let us separate the operational problems of the SOEs from their symptoms. Financial underperformance is often seen as the primary problem of the SOEs. It is not. Financial underperformance is a symptom of the problem. The underlying problem is the lack of robust and responsible corporate governance. Just like a competent physician would try to cure an illness rather than the symptom, the government must address the lack of good corporate governance practices in SOEs rather than trying to fix the symptoms. This distinction is critical to recognise before we formulate solutions. Lack of transparency in senior appointments and terminations, empowerment, disclosure standards, procedures to manage conflicts of interest and corruption, are just a few corporate governance shortcomings that are obvious.

Secondly, successive governments have not seen their ownership interest in SOEs through investment lenses. Boards and senior management of SOEs have not operated within an investment culture and mindset that continually requires the generation of returns that exceed cost of capital. There have been no mechanisms to incentivise senior management nor to penalise underperformance.

First, if the Rajapaksa government wants to solve the underlying root cause of the problems of SOEs, then it is best that all Acts of Parliament that established the SOEs be repealed and be re-incorporated under the Companies Act. This would place the SOEs under a new governance regime immediately. For example, the Ceylon Petroleum Corporation should be transferred from the Ceylon Petroleum Corporations Act (No.28 of 1961) and be incorporated under the Companies Act with a suitable legal name. The defining characteristic of this proposal is to establish a distinct legal structure where the government can retain ownership through a sovereign share class while ensuring a minimum level of good governance required under the Companies Act. Leaving SOEs to operate under Acts of Parliament is the ideal recipe for the continuation of direct political interference and consequent financial underperformance.

Second, if the government wants to “free State Enterprises from political interference” (as promised in the manifesto), then it is proposed that the responsibility for managing all SOEs be transferred out of the various ministries to a newly established Sovereign Wealth Fund (SWF), wholly owned by the government. The new holding company, the Sovereign Wealth Fund, must be established under the Companies Act with full state ownership and a constitutional amendment as described below.

The SWF will become the holding company of SOEs and be responsible for introducing an investment culture and mindset and overseeing SOE performance. Thus, the SWF would set the objectives, identify constraints, have the authority to appoint and replace the senior management teams of each SOE. Each SOE would then be answerable to a single professionally run entity and effectively quarantine themselves from direct political interference. Minimising indirect political interference will require multiple other measures, which are outside the scope of this article.

Under this proposal, it would be the responsibility of the SWF to conduct a skills audit, advertise the senior managerial roles on-line, transparently call for applications from incumbents and new candidates, assess aptitude, skill, competence, honesty, integrity and trustworthiness before appointing them. On-line advertisements in prominent journals will ensure talented Sri Lankan candidates are sought from around the world. Transparency of this process is vital if the government wants to keep its pledge of non-interference promised in the SLPP Manifesto. There is no doubt that political interference will compromise the quality of those recruited and the quality of the outcomes.

The excellence of the senior appointments to the SWF, will signal the government’s intentions and be reflective of its credibility. The 225 MPs, ministers, donors, friends, family and so on will not be able to appoint, terminate nor directly influence the senior management of SOEs nor lobby to gain an unfair advantage in awarding contracts. This is how Singapore transformed their SOEs nearly 45 years ago.

This transfer would relieve ministries of the task of managing business enterprises and allow them to focus on policy formulation, regulation and the provision of services.

Third, if the government wants to make the reforms permanent and provide policy stability, then it is proposed it should amend the Constitution of Sri Lanka similar to amendments adopted in the Constitution of Singapore in 1974. Temasek Holdings Pvt Ltd is a Singaporean holding company, wholly owned by the Singapore Minister for Finance Incorporation Act (Chapter 183). Please see https://sso.agc.gov.sg/Act/MFIA1959. Incorporated in June 1974 as a commercial investment company by Prime Minister Lee Kwan Yew, Temasek owns and manages Singapore’s SOEs under the key theme of transforming the Singaporean economy. Subsidiaries of Temasek include Singapore Airlines, Development Bank of Singapore, Singapore Telecomm, ST Engineering and Capita Land etc.

Temasek was also designated a Fifth Schedule entity under the Singapore Constitution, which imposed certain safeguards to protect the Singapore government’s interests. For example, the President of Singapore has the right to appoint, terminate and renew Temasek’s Board of Directors and requires the President’s approval to conduct certain transactions. Most importantly, however, in other respects Temasek operates as an independent commercial investment holding company. Please see Part II ofhttps://sso.agc.gov.sg/Act/CONS1963#Sc5-

Fourth, if the government wants to achieve Singapore-like performance outcomes, then the following appointments to the Board of Directors and the senior management team of the SWF should be made.

The board of directors of the SWF should consist of the Secretary to the President (Chairman), Secretary to Treasury (1), Director-General Public Enterprises of the Department of Treasury (1), Commissioner-General Inland Revenue (1) and representatives from the trade union movements (3), Auditor-General’s Department (1), Employees Trust Fund (1), the private sector (2) and the CEO of the new SWF (1). The Central Bank should also send an observer to board meetings.

The Sri Lankan public, the investment and lender communities, sovereign rating agencies, the World Bank, IMF and the ADB will keenly await the signals the government sends.

Fifth, the SWF will need to employ multiple additional approaches to enhance the governance practices in SOEs. For example, there must be a strong separation of duties between the owners and the management of an SOE. The chairman and the board of directors of an SOE should represent the interests of the owners, i.e., the Sovereign Wealth Fund (not the government under this proposal). The SWF as the new owner would now delegate authority to the SOE board. As such, the SOE board should consist of non-executive directors, (with the obvious exception of the CEO should he/she be a director) in that their role is one of oversight and governance, not carrying out day to day management or implementation.

The management team of each SOE should be led by a chief executive officer (CEO) and a suite of executives responsible for setting the direction of the SOE, implementation, finances, human resources and such day to day activities. Incorporation under the Companies Act will require this separation. Under current Acts of Parliament, the chairman has usually functioned as the de-facto CEO making a mockery of corporate governance.

It is important to highlight that the state should NOT make the mistake of attempting to formulate strategies to make SOEs profitable. If they have confidence in the senior appointments, then they should leave it to the senior managers of each SOE to turnaround financial performance. That is NOT the role of government. The government, however, will need to get involved in introducing policies and regulatory framework with respect to coherent pricing, capital infusion and so on.

Sixth, to ensure checks and balances, parliamentary oversight of the SWF should be through a body similar to the Committee on Public Enterprises (COPE) with representation from the government, the Opposition as well as eminent non-parliamentarians with subject expertise nominated by the political parties depending on the industry of the SOE. The scope and objectives of COPE should be revisited in light of this proposal. The primary focus should be on overseeing the governance, financial performance of the key SOEs and the aggregate financial performance of the SWF.

Lastly, in the medium term, if the government wishes to broaden and deepen local capital markets, newly issued common class stock stakes can be sold to the long-term institutional investors like the Employees Trust Fund and to SOE employees, while retaining but diluting sovereign class ownership. A listing on the Colombo Stock Exchange (CSE) will help take SOE transparency to an even higher level through compliance with the CSE’s disclosure requirements. The writer hopes that President Gotabaya Rajapaksa, Prime Minister Mahinda Rajapaksa and Minister Nivard Cabraal, will consider these proposals in order to deliver on the political pledges made to achieve SOE reforms that will be effective and permanent.

(The writer has managed Global Equities portfolios in Sydney and in New York for large institutional investors since 1995 and is a keen advocate of higher standards in corporate governance. He is based in Sydney, Australia and is contactable on [email protected])