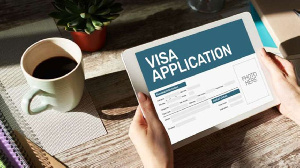 President Donald Trump’s government is planning to bar East African students from pursuing degrees in the US by limiting their stay in the country.

The move which is contained in proposals by the United States Department of Homeland Security (DHS) will also see students from a majority of African countries barred from getting student visas longer than two years.

This means that the students will be unable to pursue education in American universities where degrees and other certifications take about four years of study.

“If DHS’s new proposed rule goes through, international students from countries like Nigeria, Kenya, Vietnam, and the Philippines would be effectively banned from getting four-year degrees in the US,” US Immigration lawyer Aaron Reinchlin-Melnick, who is a Policy Analyst at the American Immigration Council, warns.

According to the new DHS proposal, students from countries on the State Sponsor of Terrorism List (Iran, Syria, Sudan and Northern Korea) and citizens of countries with over 10 per cent overstay rate will be limited to the two-year student visa.

“Most of those countries would be subject to restrictions because of the “10 per cent visa overstay” threshold,” Mr Reinchlin-Melnick tweeted.

The majority of the affected countries are in Africa and others in war-torn countries in Asia. The list seems, however, to avoid countries dominated by white people, especially in Europe.

Students who will be affected by the new rules include those from Kenya, Rwanda, Uganda, Tanzania, Burundi, South Sudan, Somalia, and Ethiopia.

Although the students would be able to ask DHS for an extension of their visas past two years, those extensions will not be guaranteed.

In its explanation, the Department says that its intention is to fix a major problem on students overstaying their welcome in the US.

But an analysis of the Department of Homeland Security points that only 32,023 people were suspected of overstaying a student /exchange visa last year.

Whereas the Trump government argues that the rule to restrict some countries is based on the percentage of students who overstayed, countries with the highest number of overstays like China, India, Brazil and Canada are not included in the punitive list.

A downward trend is also developing as fewer students from other countries are enrolling in US colleges and universities, according to a study published recently by a State Department bureau and Institute of International Education, a New York-based NGO.

Last year’s 0.9 per cent drop in new enrolments of international students continued since the start of the Trump administration in 2017.

A spate of gun violence in a number of States especially targeting black population is also reported to have a number of parents reconsider sending their children to the US.

Kenya ranks third among sub-Saharan countries and the first in East Africa and followed by Ethiopia in the number of students attending US colleges or universities.

Nigeria leads the pack with a total of 13,423 students last year, an increase of nearly six per cent from the 2017-18 academic year followed by Ghana.

In July, the US Immigration and Customs Enforcement (ICE) announced that students on non-immigrant F-1 and M-1 visas who attend universities that operate entirely online amid the Covid-19 pandemic may not take a full online course load and remain in the United States. It meant students under the category were required to return home.