WASHINGTON — The number of Americans applying for unemployment benefits fell last week to 860,000, a historically high number of people that illustrates the broad economic damage still taking place nine months after the first case of covid-19 was detected in the U.S.

The Labor Department said Thursday that U.S. jobless claims fell by 33,000 from the previous week and that 12.6 million are collecting traditional unemployment benefits, compared with just 1.7 million a year ago.

The pandemic has delivered a colossal shock to the economy. Until the pandemic upended the operations of American companies, from factories to family diners, weekly jobless aid applications had never exceeded 700,000 in the U.S. They’ve topped 700,000 for 26 consecutive weeks.

The overall economy, as measured by the gross domestic product, collapsed at an annual rate of 31.7% from April through June, by far the worst three months on record, as millions of jobs disappeared.

The economy and job market have recovered somewhat from the initial shock. Employers added 10.6 million jobs from May through August, but that’s still less than half the jobs lost in March and April.

The recovery remains fragile, imperiled by continuing covid-19 infections as schools reopen and the failure to deliver another economic rescue package in Washington. And companies continue to lay off workers as they absorb sales lost to the pandemic.

Raytheon Technologies Corp. this week said it plans to slash more than 15,000 jobs this year at its corporate offices, at jet engine-maker Pratt & Whitney, and at its aviation and military equipment manufacturer Collins Aerospace.

A sharp drop in travel has left the airlines with tens of thousands more employees than they need to operate the vastly reduced number of flights. This spring, the airlines began receiving $25 billion in federal grants and loans to keep workers on their payrolls for six months. With that money ending Sept. 30, the three biggest U.S. carriers are expected to furlough or lay off about 40,000 workers starting Oct. 1.

An extra $600 in weekly unemployment benefits ran out July 31, squeezing households that had depended on the beefed-up payments. President Donald Trump issued an executive order Aug. 8 providing a scaled-back version of the expanded jobless aid. Most states signed up for federal grants that let them increase weekly benefits by $300 or $400.

That program is expiring.

“Layoffs remain widespread and a historically high number of individuals are still receiving some type of jobless benefits,” Nancy Vanden Houten, lead U.S. economist at Oxford Economics, wrote in a research report. “Failure on the part of policymakers to enact another fiscal relief package poses significant downside risks to the economy and labor market as the recovery appears to be losing momentum.”

[NEWSLETTER: Sign up to get the latest Arkansas employment news in your inbox » arkansasonline.com/emails/employment-outlook/]

Charissa Ward, 37, was furloughed in April from her job as a server at a restaurant in Disney’s Hollywood Studios resort near Orlando, Fla. Since then, she’s been helping at her partner’s online retail business, applying for jobs and waiting to see what Disney will do. “We have no idea when we’re going to get called back,” she said.

The extra $600 in weekly jobless benefits didn’t replace all of her lost income, but it helped. The reduced $300 that she received briefly from Trump’s program made life “a little less stressful.” But Ward said Congress needs to agree to another financial rescue and do “what’s best for working people.”

Last week, nearly 659,000 people applied for jobless aid under a new program that extends eligibility for the first time to self-employed and gig workers, down from 868,000 the previous week. The figure for those seeking Pandemic Employment Assistance isn’t adjusted for seasonal trends, so it’s reported separately.

Altogether, the Labor Department said 29.8 million people are receiving some form of unemployment benefits, though the figure may be inflated by double-counting by states. Analysts also worry about evidence that the number of people collecting special pandemic aid has been swollen by cases of fraud in California.

A summertime resurgence of covid-19 cases in the South and West forced many businesses to close again in July — though the data firm Womply finds that closings have mostly stabilized over the past few weeks. Womply did find a sharp increase in spending at bars in southern and western states, including South Carolina, Tennessee and Alabama, as college students returned to campus.

But small businesses, particularly in restaurants and retail, continue to close their doors and lay off workers, according to consumer review site Yelp. The number of small companies that have temporarily or permanently shut down has increased since mid-July, Yelp said Wednesday, to more than 160,000, reversing a steady decline from the spring.

And permanent closures are still rising, Yelp said, with nearly 100,000 businesses closed for good as of the end of August. Particularly hard-hit have been restaurants and bars, including dessert shops, burger joints and sandwich shops. Restaurants that are more likely to deliver, such as pizza restaurants, have fared better.

Information for this article was contributed by Christopher Rugaber of The Associated Press. 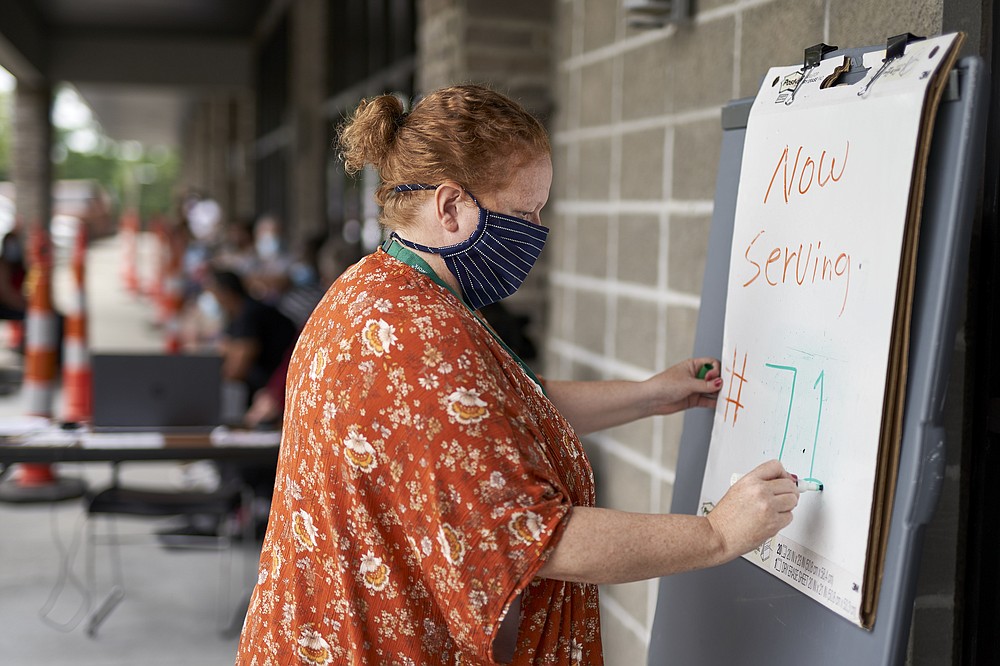 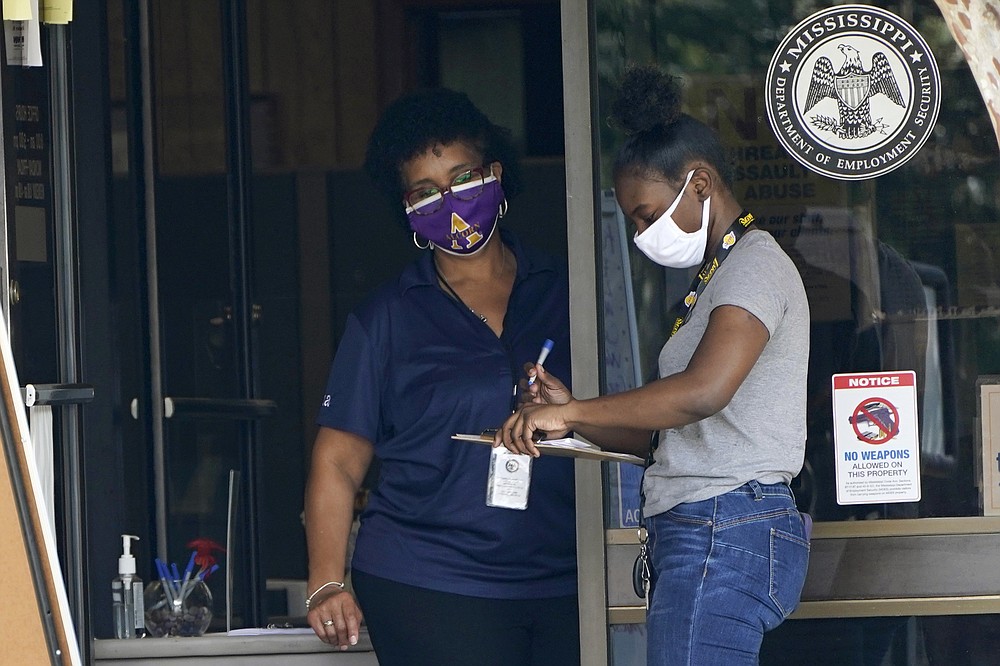 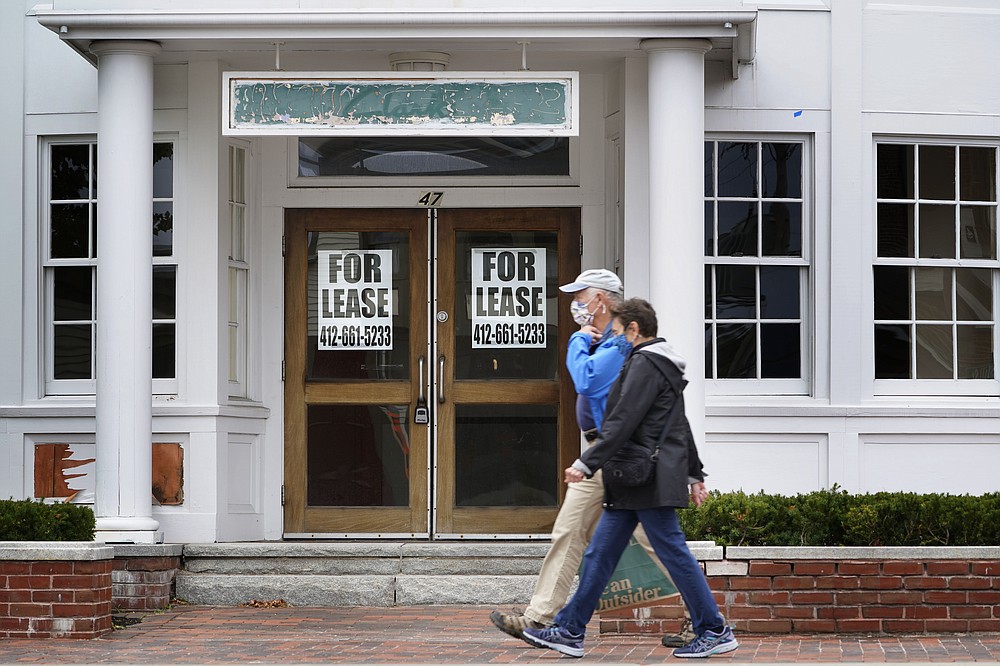 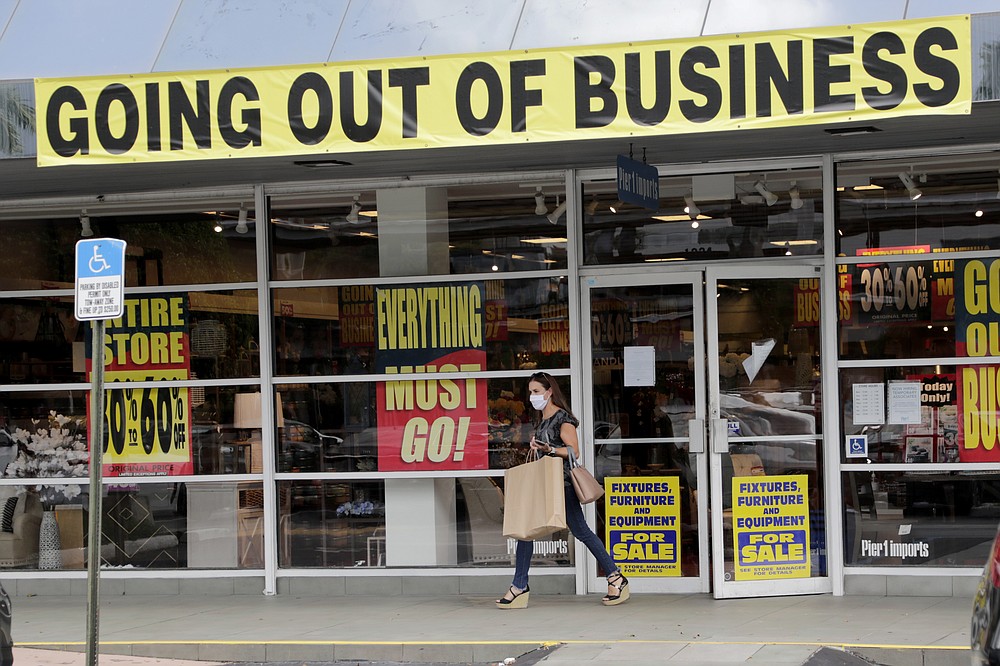 FILE – In this Aug. 6, 2020, file photo, a customer leaves a Pier 1 retail store, which is going out of business, during the coronavirus pandemic in Coral Gables, Fla. The Labor Department reported unemployment numbers Thursday, Sept. 3. (AP Photo/Lynne Sladky, File)