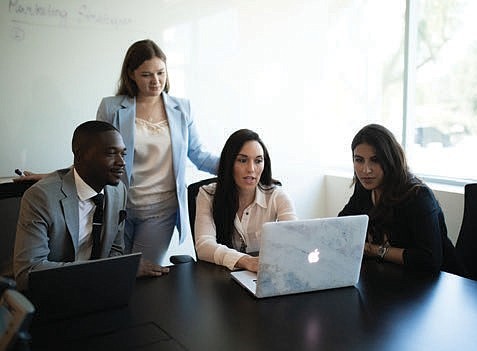 When Cecile Lin crossed the ocean to earn her business degree in California in the 1960s, very few business schools in the U.S. admitted women. Enrollment by women averaged less than ten percent nationally. In 1970, as the first woman to graduate with an MBA from the Pepperdine Graziadio Business School (founded in 1969), Lin worked as an accountant at Sears’ West Coast headquarters, then the nation’s largest company, and was later transferred to Sears’ East Coast headquarters in New York. Lin had been raised to believe she could do it all, and she did: she married, gave birth to four children, and raised them to be outstanding Americans: two PhDs, one MD, and one JD. While raising children, she continued to be active in the business world.

Since the time Lin earned her MBA fifty years ago, women have continued to progress in large part due to actions taken by other women, such as the iconic U.S Supreme Court Justice Ruth Bader-Ginsberg, in support of equality. Women in the U.S. have in great part caught up, including in the attainment of higher education, and until recently, even surpassed men. But education alone is not the goal; it is a means to an end – professional achievement.

Women still earn only 79 cents to every dollar a man earns. The gap is closing, but very slowly – at a rate of about half a cent per year. Given that, most working women today will not live long enough to see the wage gap disappear. Even worse, a study in Science Magazine shows that at a very young age, girls lose faith in their abilities, believing that “brilliance” is a male trait. The study’s authors note that “these stereotypes discourage women’s pursuit of many prestigious careers.”

I believe society, including the education realm itself, has failed to stress to young women that education is a slingshot to career success and professional leadership. If we hope to make greater progress in gender parity, leadership curriculum must be integrated and reinforced in school, starting at the K-12 level and continuing all the way to the highest levels of business training. It is a continuing challenge Pepperdine Graziadio is actively addressing.

Five years ago, Pepperdine Graziadio launched the Pepperdine Center for Women in Leadership (CWL) to educate, empower, and strengthen the leadership capacity of women. Since that time, the CWL has grown from an idea to a robust opportunity to grow women in business, including mentorship programs, industry engagement, and research on gender diversity. Today, the CWL is one of the few comprehensive graduate-level centers that exists solely to further women in their business career advancement. Women both inside or outside Pepperdine Graziadio can serve as a mentor or participate in the mentorship program, provide an introduction to women who might be interested in the center, host an industry roundtable, or recommend women to the CWL Advisory Board. More information on ways to get involved with the Center for Women in Leadership is available here.

Due primarily to the downturn caused by the COVID pandemic, the need CWL fulfills has never been more timely. According to Pew Institute data, a much larger share of women than men lost their jobs from February to May 2020 (11.5 million women vs. 9.0 million men). In fact, the COVID-19 downturn is the first of eight downturns in the past five decades in which women have lost more jobs than men. The problem is even more dire for women of color: Hispanic women have experienced a steeper decline in employment (‑21%) in the COVID-19 downturn than other women or men. In a separate study released in May from LeanIn.org and consulting firm McKinsey & Co., 58 black women are promoted for every 100 men, and only 64 black women are hired into management roles for every 100 men hired for those positions.

This troubling trend compounds the pervasive, persistent problem of sexism and / or racism gluing women to the bottom rung of the corporate ladder. With this in mind, I believe there are multiple ways education and training can help women achieve breakthrough results. Here are three:

First, training and education helps women achieve economic prosperity. The Center for American Progress reports that, “College graduates are likely to have higher earnings, higher employment and lower chances of defaulting on their student loans than workers without a degree. And women with a college degree earn more than women without one.” Education is even more important for women of color: a 2016 report by the American Association of University Women notes that “education improves earnings for women of all races and ethnicities, but earnings are affected by race and ethnicity as well as gender.”

Second, education – especially college and graduate level – guards against job loss. Women without any college education were more likely to have lost their jobs than workers with at least some college education in the COVID-19 downturn. Alarmingly, the Center for American Progress also found that women earn less 10 years after enrolling in college than men do six years after enrolling. But that is less likely to be related to education, and more likely attributable to occupational differences, as well as the fact that women must strike a balance between professional and personal goals more often than their male counterparts. Overall job retention is much higher for women with degrees, certificates, and other credentials.

Third, the idea must be reinforced throughout educational curricula, from preschool all the way through to higher education, that leadership is not a “male” trait but instead a means of controlling individual destinies, regardless of gender. In the last few decades, the focus on self-esteem and not on perseverance – an attribute called out as necessary by the authors of the Science study – may have prevented women from pursuing leadership options with greater vigor. Administrators and educators must strive to create environments that show women they can achieve the same levels of leadership as men. And women who are already working can likewise reach back out to local schools and learning experiences in their communities, serving as mentors and role models for young girls.

When women reach parity at the highest levels of business leadership, we may finally see the pay gap narrow and disappear, equitable career and salary progression for employees, and more flexible work environments that account for the multiple roles women serve at work, at home, and in their communities. But none of those things can happen if women are taught to disregard their leadership potential at a young age. Leadership training can help more women follow in the footsteps of pioneers like Cecile Lin, Ruth Bader-Ginsberg and the countless other women leaders that history may have ignored, but who certainly must not be forgotten. 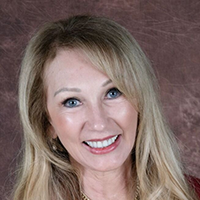 Dr. Bernice Ledbetter is dean of students and alumni affairs and serves as practitioner faculty of organizational theory and management at Pepperdine Graziadio Business School. Her research and teaching interests focus on values-based leadership, peace leadership, and gender. Dr. Ledbetter founded the Pepperdine Center for Women in Leadership to empower and advance women in the workplace.

For reprint and licensing requests for this article, CLICK HERE.